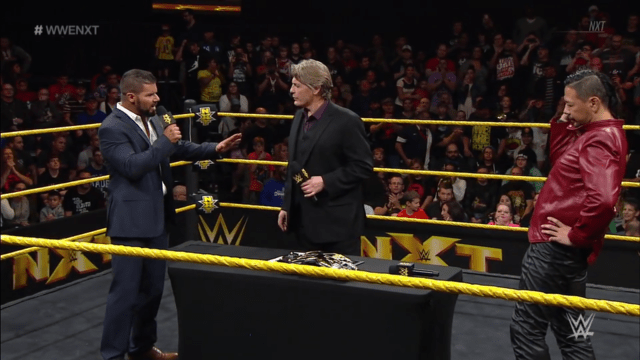 Welcome to the Wrestling 2 the MAX WWE NXT Review.

Where Sean Garmer (@W2MSean), Gary Vaughan (@W2Mgary) and Paul Leazar (@hailtothechimp7) discuss all the events that transpired on this week’s WWE NXT. The guys discuss the big contract signing between Shinsuke Nakamura & Bobby Roode ahead of their NXT Title Match at NXT TakeOver: San Antonio, plus TM-61 takes on The Revival, and so much more!

Wrestling 2 the MAX tries to covers everything from WWE, NXT, TNA Impact, and ROH to other global entities like Lucha Underground and New Japan Pro Wrestling. This show comes to you twice a week and is informative, fun, and meant for every kind of pro-wrestling fan out there. Wrestling 2 the MAX airs live on early Tuesday and Friday mornings at Midnight EST (on Spreaker.com). Then is available immediately after airing on-demand via I-Tunes, Stitcher, Tune-In Radio, Youtube (Via W2M Network) The Spreaker App and other podcast hosting locations. W2M also has a Facebook group you can join. Listeners can follow them on twitter @W2MSean, @W2MGary, @hailtothechimp7 or the entire network @W2MNetwork.