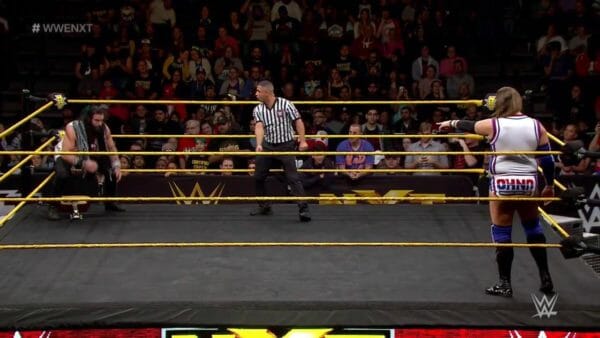 Where Sean Garmer (@W2MSean), Gary Vaughan (@W2Mgary) and Paul Leazar (@hailtothechimp7) discuss all the events that transpired on this week’s WWE NXT. It’s the final show before NXT Takeover Orlando and NXT does a lot more than just hype the show. Ember Moon and Asuka have a contract signing. Heavy Machinery debut. Plus, someone leaves NXT, either Kassius Ohno or Elias Sampson.