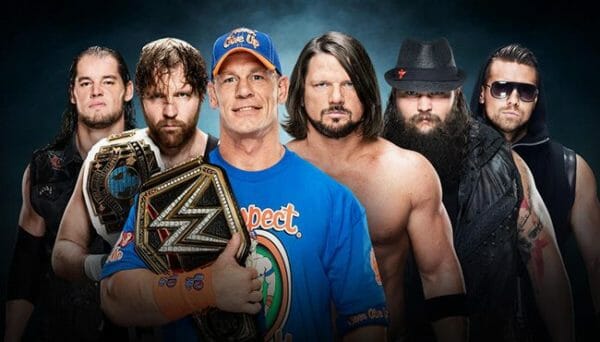 Where Sean Garmer (@W2MSean) and Paul Leazar (@hailtothechimp7) discuss all the events that transpired on this week’s WWE Smackdown Live. The guys also have a rotating third guest host. It could be someone familiar, or a totally new voice ready to lend their talents and give their thoughts on this WWE show.

This week, Sean and Paul are joined by the “Fourth Co-Host” Chris Lemchi. So, join the guys, as they discuss the post Royal Rumble fallout. The continuing tension in the Wyatt Family. How the Elimination Chamber event is taking shape and the state of Smackdown’s tag division. Plus much more from this week’s Smackdown.