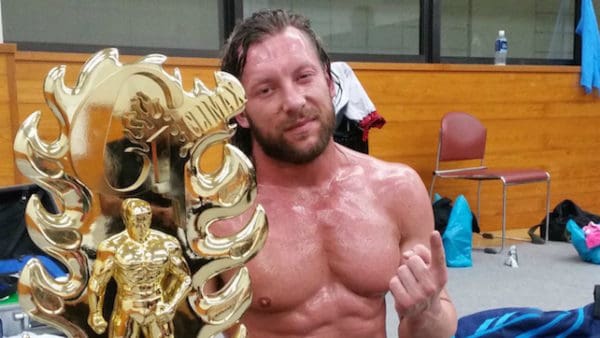 On this episode of Wrestling 2 the MAX, Sean Garmer (@W2MSean), Gary Vaughan (@W2Mgary), and Paul Leazar (@hailtothechimp7) We discuss the news about Kenny Omega taking time off from New Japan Pro-Wrestling. Do we believe in the news reports about there being a contract situation? Or is this all an elaborate hoax to fool the internet.

We also discuss the WWE UK Tourney brackets being released and some early predictions on who could win this weekend. Enzo Amore is injured and the sad passing of Drax Shadow too.

Finally, Gary and Paul take us through the return of new Ring of Honor TV to the fold.

Wrestling 2 the MAX tries to covers everything from WWE, NXT, TNA Impact, and ROH to other global entities like Lucha Underground and New Japan Pro Wrestling. This show comes to you twice a week and is informative, fun, and meant for every kind of pro-wrestling fan out there. Wrestling 2 the MAX airs live on early Tuesday and Friday mornings at Midnight EST (on Spreaker.com). Then is available immediately after airing on-demand via I-Tunes, Stitcher, LAST WORD RADIO on I-Tunes and Stitcher, Tune-In Radio, Youtube (Via W2M Network) The Spreaker App and other podcast hosting locations. W2M also has a Facebook group you can join. Listeners can follow them on twitter @W2MSean, @W2MGary, or the entire network @W2MNetwork.