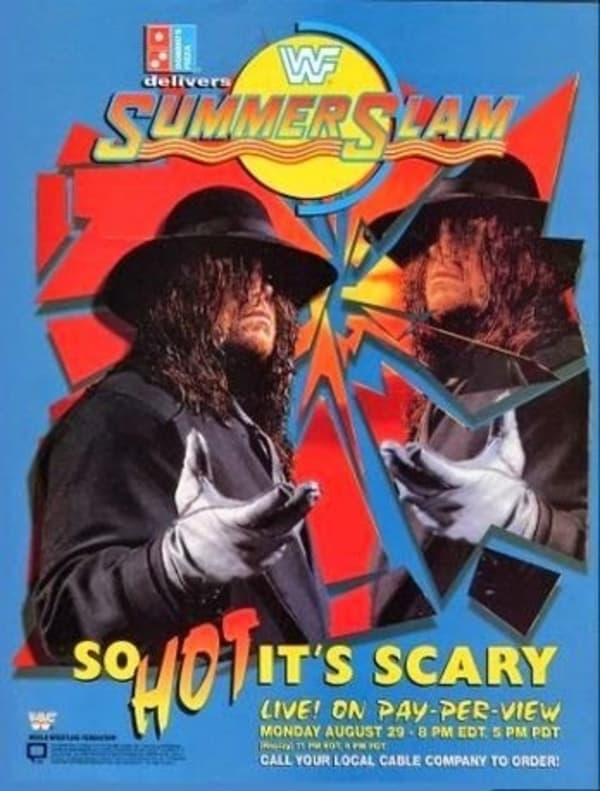 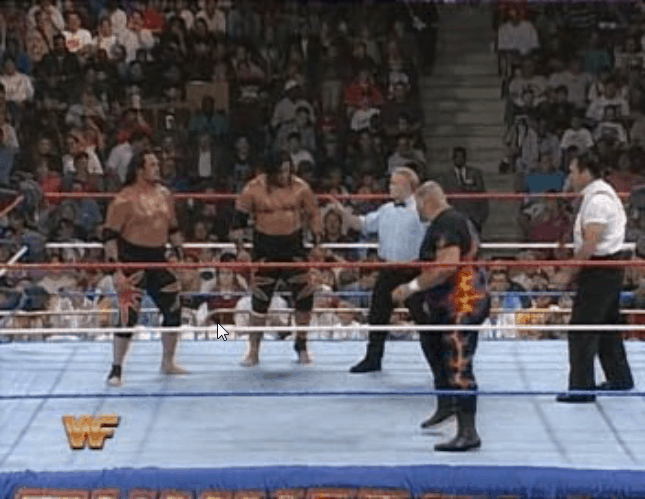 Result: Bigelow/I.R.S. defeat Headshrinkers by DQ @ 7:20
*This match was originally to be for the WWF Tag Titles, but the Headshrinkers would lose them the night before to Diesel and Shawn Michaels.*

Harry: Despite the Headshrinkers being odd choices as faces, fans are surprisingly into them. I’ll admit to being biased about the Million Dollar Corporations being one of my favorite heel groups. As for the match, there isn’t much to it and really no reason for them to be fighting without the tag titles being on the line. (**)

Patrick: Not a bad match, but not great. Surprising opener. The fact the match isn’t for the tag team titles definitely hurts, but is offset by the surprise of how over the Headshrinkers are. (**) 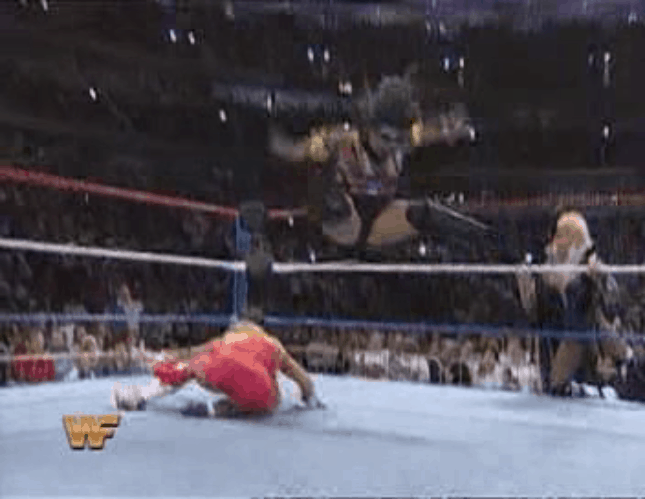 Harry: It’s weird to think of what could have been for the women’s division then. Three of the better workers ever in the division here plus potential for others from Japan to come in. Match was given ample time to progress as well. Contained moves you traditionally don’t see from women inside the WWF/E either. A missed flying leg drop sets up the finish with the bridged German. Very good match and probably the right decision to keep the belt on Blayze here. (***)

Patrick: It’s weird to hear a 90s women’s match has more than 3 minutes. And while somewhat one-sided, the match is still competitive. The LOLAlundraWin moment is forgiven due to the absolute beating she takes (***)

The Bad Guy vs. Diesel Power! 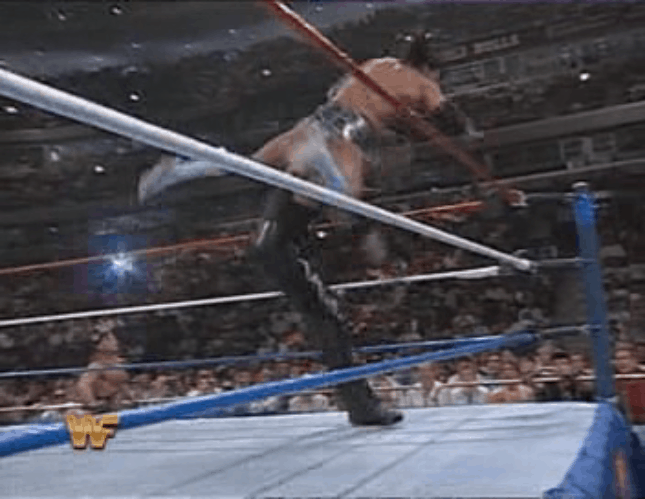 Harry: The issue at hand here is that neither of these guys was ever the best worker. Ramon was clearly miles ahead of Diesel at this point though, so good to see them get the belt back to Ramon. Diesel and Shawn would go on to feud over the Heavyweight title that Diesel would win just three months later. Good pacing for the two men involved and they had the crowd in their hands for the duration. Maybe a bit of over reliance on the two non-participants, but given the limitations of the two men in the match, understandable. (**½)

Patrick: Welcome to The Shawn Michaels Show! It bugs me when the best worker in match isn’t in the match, and this is no different. Diesel is not what he’d become, yet, and it shows to me. Glad Razor won it, but Diesel never should’ve had it. (**½)

EVERYBODY HAS A PRICE! 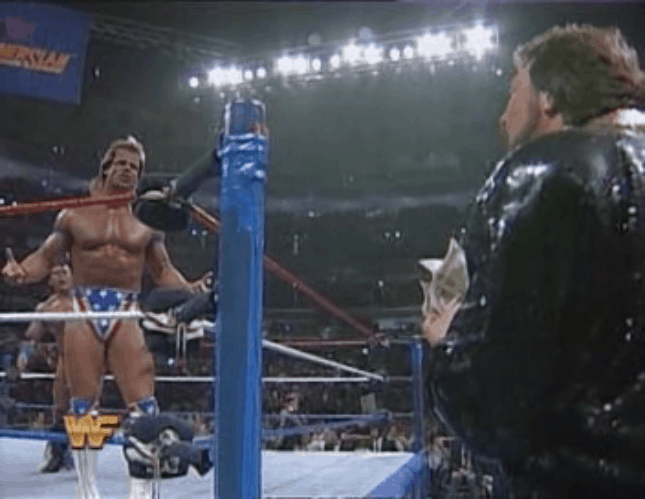 Harry: One of the storylines I very specifically remember watching as a kid. Never cared for either of these two in the ring, but I did like the story that was told in both the interview beforehand as well as the match itself. The post match beat down was pretty well done as well as Tatanka lays Luger out and joins the Million Dollar Corporation himself after claiming it was Luger joining the MDC. (*½)

Patrick: Let’s face it with this one, the match didn’t matter. The match is completely overshadowed by the story line, and it shows. The match itself is rather boring with a boring ending. It’s all about the post-match beat down by turncoat Tatanka. The beat down, to me, was better than the match. (**)

The Very Definition of Filler. 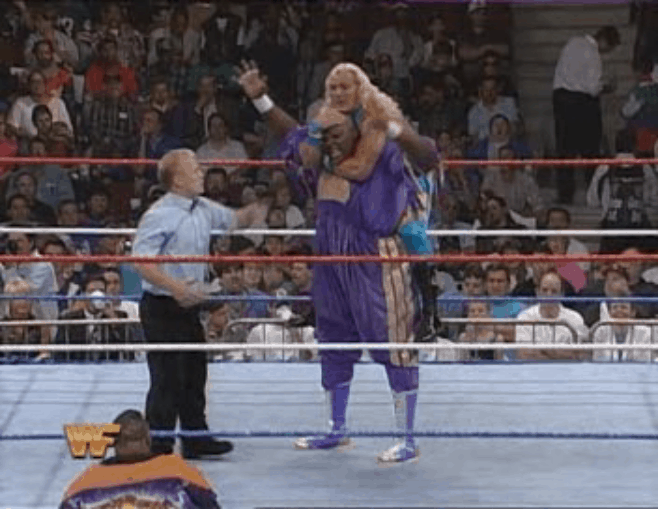 Match #5: Jeff Jarrett vs. Mabel with Oscar and incoherent rapping

Harry: Sum this match up in four words I never thought I’d use together. “Jeff Jarrett deserves better”. Easily to me the worst match on the show and it had nothing to do with Jarrett. There is just only so much you can do when Mabel is your opponent. Oscar’s intro and then subsequent presence at ringside also added nothing. (½*)

Patrick: In the words of Jay Sherman… it stinks, it stinks, it stinks. In the ring, this is without a doubt the worst match of the night (I know what I said on WU, hang on). I almost feel bad for Jarrett being in such a horrific match. (*) 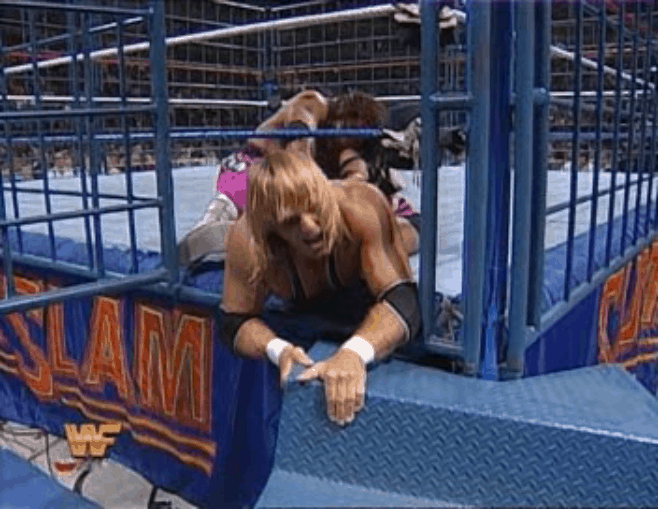 Harry: Okay, in fairness, maybe a little longer then it needed to be. Their WrestleMania classic, considered by many to be the best opening match in WrestleMania history is almost fifteen shorter. Patrick and I thoroughly disagree about the quality of this match though. I really enjoy it and I think the finish that Patrick dislikes (feel free to listen to the episode for a more detailed explanation) actually fit’s the match perfectly given how this whole situation escalated at the Royal Rumble in January of 1994. Another post match beat down ensues, as Neidhart bowls over Davey Boy Smith (and Diana) to help Owen further assault Bret until the rest of the Hart family makes the save. (****½)

Patrick: Good…not great. Best match on the show easily, but that isn’t saying much. It greatly overstayed it’s welcome for me, and should’ve only been 20-25 minutes, in my mind, not over 32. Lots of stalling at the end. But, not terrible overall. Great moments, definitely, like the submission reversal and the superplex, but somewhat boring, to me. (***1/2) 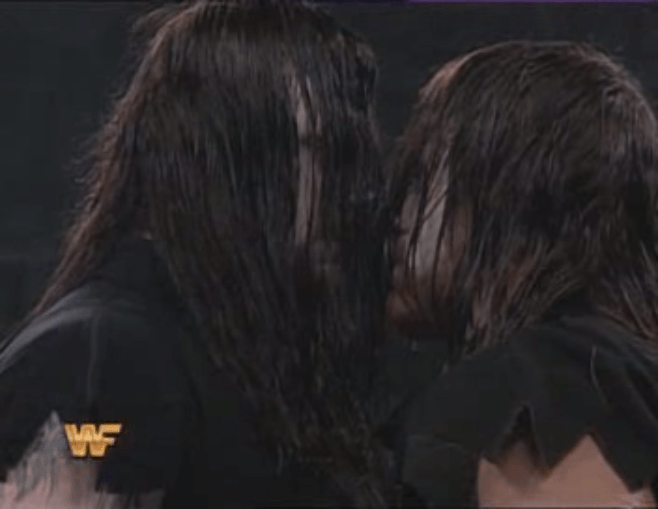 Result: Undertaker pins Underfaker with a trio of Tombstone’s at 9:10

Harry: Smoke and mirrors aside, it’s basically a squash match as the main event of a PPV. That never ends well. I’ll allow Patrick to expand his take from WU about the quality of Brian Lee’s portrayal of the character all the way up until the time came to get into the ring. As the match that’s supposed to be the main event of the second biggest show of the year, this pretty much failed on every level except bringing the real Undertaker back to the active roster (*)

Patrick: Absolutely disappointing. After the whole show of the return of The Undertaker, we then have to deal with a miserable match. Brian Lee isn’t the strongest in the ring, but I feel that he could’ve been given more from the match. An 8 minute squash for a main event. Disappointing. (**)

For the ‘Big Finish’ to find out what we gave best and worst match, our Cash and our Trash and the overall rating for the show as well to hear us go into more detail about the matches you see listened above, be sure you check out episode 26 of Wrestling Unwrapped: WWF SummerSlam 1994.