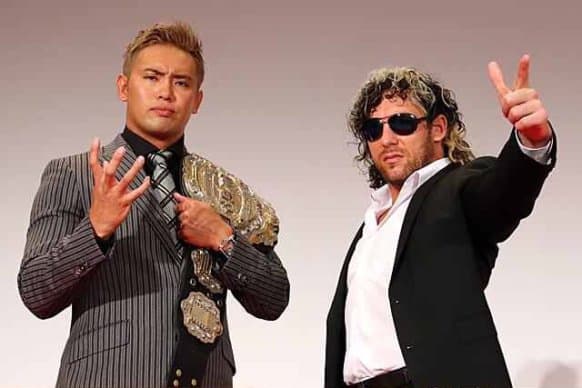 On this episode of Wrestling 2 the MAX, Sean Garmer, Gary Vaughan and Paul Leazar discuss the value of Star Ratings in light of the big controversy surrounding the Kazuchika Okada and Kenny Omega match from Wrestle Kingdom 11. Not to mention, Dave Meltzer giving the match six stars. We discuss how much thought we put into ratings for matches, our individual systems, and the major golden rule “it’s all subjective anyway.”

The guys also talk about the wrestling news in Quick Hits. TNA has finally made it onto Hulu. Not to mention, they are bringing back Jeff Jarrett and Dutch Mantel into the fold. ROH and STARDOM could be making a deal to help make Women of Honor shows better. Lucha Underground taking a big break after next week. Ricochet‘s big plans for this year, plus a few more news items.

After that, Gary and Paul get into the NXT Australia House show. This week’s Lucha Underground and the return of Impact Wrestling as well.

Finally, the guys crown the first Superstar of the Week of 2017 and dish out those W2M Power Rankings too.