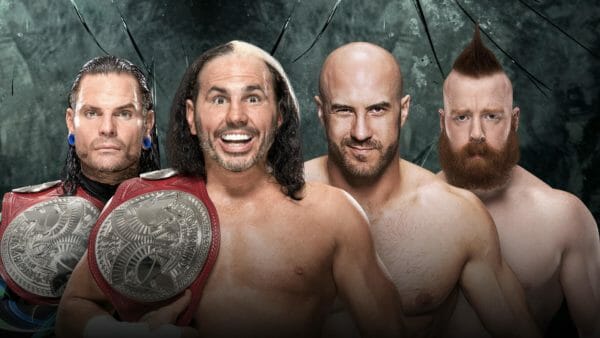 On this episode of Wrestling 2 the MAX, Gary Vaughan and Sean Garmer give their WWE Payback 2017 Predictions.

The guys go through each match, give their thoughts on what could happen. Then, they also include who wins as well. Could there be any title changes? What’s the House of Horrors match going to be like? They get into that and much more.

Finally, there’s Quick Hits as well. Cody Rhodes is settling down on a home promotion. Bram gets into some trouble in Japan. Vince McMahon is getting a biopic of his life. Pro Wrestling Guerrila going to a monthly show format. The latest on Lucha Underground and more.

Due to Paul Leazar not being on this episode, the show was shortened.

However, make sure you join us on Sunday night for a WWE Payback 2017 Review. Then, on Monday there’s the WWE RAW Review and of course W2M Episode Pt 1 with Superstar of the Week. New Japan shows. Quick Hits and more.