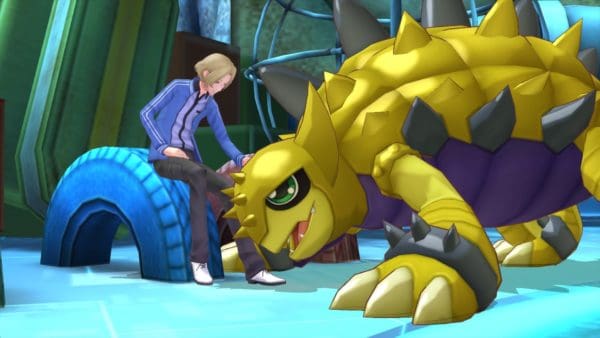 Be sure to check out Sean’s playthrough of Chapter 1, Chapter 2 and Chapter 3 as well.

Followed by Sean teaching something vital about why De-Digivolving is the key to getting Mega level Digimon.

Lastly, you learn about Digital Shifts, meet some important characters, Eaters and much more in a packed first portion.

Keisuke Amazawa and the Hudie group participate in a sidequest Hacker Battle. While also finding out who’s actually behind the Mephisto account hacking. Anyone who played the first game will recognize him instantly. They also make contact with Fei and Yuugo and get into some cool battles too.

* Editor’s Note: There’s an hour or so missing from Chapter 4 due to Sean losing power during the initial stream. So, technically this would have actually been Part 3 (final) of Chapter 4. *

* Also, due to an error with Sean’s PC there’s no commentary on this video for the first 23 minutes. *