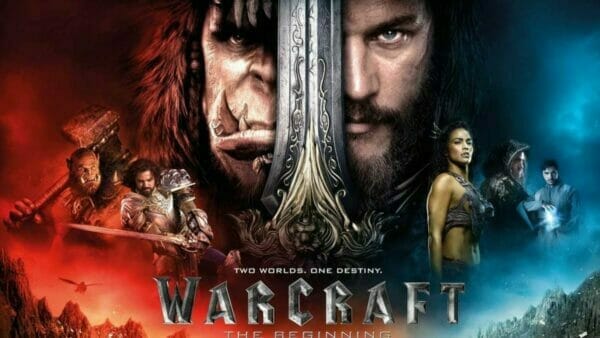 Robert Winfree and Mark Radulich present their Warcraft The Beginning 2016 Review! With Uncharted from Sony and Columbia Pictures in theaters this week, we’re looking back at Warcraft based on the World of Warcraft video game!

Warcraft is a 2016 American action fantasy film based on the video game series of the same name. Directed by Duncan Jones and written by Charles Leavitt and Jones, it stars Travis Fimmel, Paula Patton, Ben Foster, Dominic Cooper, Toby Kebbell, Ben Schnetzer, Robert Kazinsky, Clancy Brown, and Daniel Wu. The film follows Anduin Lothar of Stormwind and Durotan of the Frostwolf clan as heroes set on opposite sides of a growing war, as the warlock Gul’dan leads the Horde to invade Azeroth using a magic portal. Together, a few human heroes and dissenting Orcs must attempt to stop the true evil behind this war and restore peace.

Check out more of our Video Game movie reviews!
Also check out the W2M Network Discord.