The action-RPG/dungeon crawler genre has for the most part been a niche genre.  Sure there are great ones like Diablo, Path of Exile or Torchlight but these are kind of the exceptions, rather than the rule.  Well, Warhammer has decided to try and join the fray to some pretty solid results. 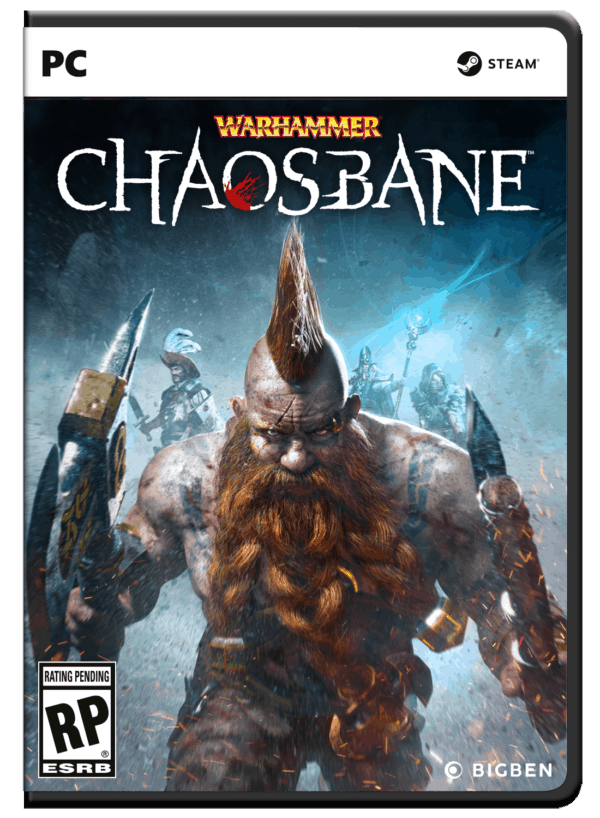 There are four classes to start from, Wood Elf (archer), Dwarf Slayer (damage/mobile), Empire Soldier (tank) and finally High Elf Mage (wizard).  For the beta, I chose the Mage and started my quest. 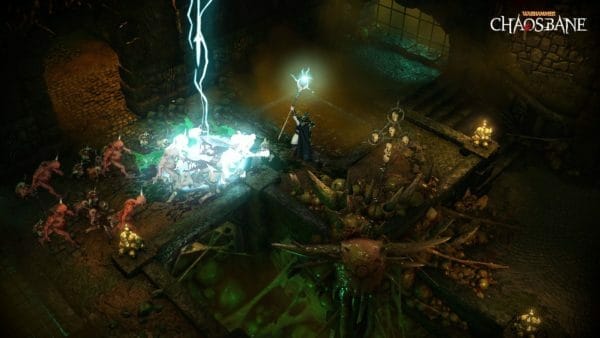 The big change with Warhammer Chaosbane, compared to something like Diablo or Torchlight is a feeling of increased mobility. You move normally, but several skills, at least for the Mage, can be directly controlled via the right thumbstick (I played with a gamepad).  So, the big energy ball that you shoot out can be turned and modified with your input.  This set up a lot of fun traps where I would try and agro enemies in an entire area, run to a narrow hallway, then waste them all with an energy sphere because I was moving it up and down the rampaging hordes of enemies. 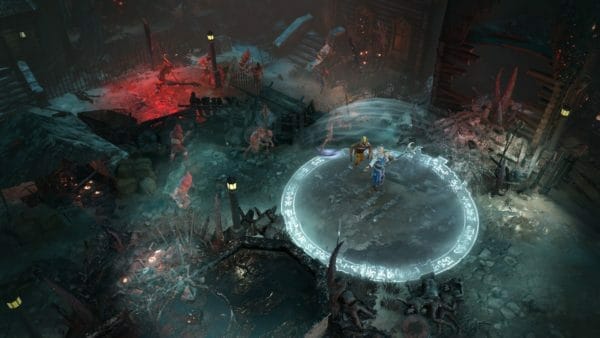 Skills in Chaosbane are a tad wonky, at least at first.  You unlock a new skill every two levels or so, like in a normal game.  However, you have a points limit that gates how many skills you have and how powerful they are.  Initially, you have a magic missile spell that deals basic damage.  This can become upgraded if you level up enough. Bringing with it more damage or even an elemental effect. The one distinction is that Chaosbane requires more skill points to use this upgraded skill. Thankfully, you do gain more points as you level-up or do quests, so it actually scales with you fairly well.

There are also different types of skills you can equip, both passive and active.  Active, as you can guess are your offensive/defensive skills that you use on the battlefield.  Passive ones tend to generate more income or experience.  Moreover, there are different schools of skills you can unlock.  It’s nowhere near as labyrinthine as Path of Exile but does have more skills then say Diablo 3.  These skills breakdown into your own personal skills, “God” skills, and trade skills. Trade skills are special skills which can only be obtained by using the shop.

The aforementioned in-game shop allows you to barter gear but it’s certainly weird.  You actually have to form a relationship with the shopkeeper, who is part of a trade guild, before he’ll even talk to you.  The relationship is started by donating all your excess gear to him. Eventually, you can sell your gear and open up the actual store as well, but it can take a while. There are also some bonuses and other things with each level you reach with the guild. 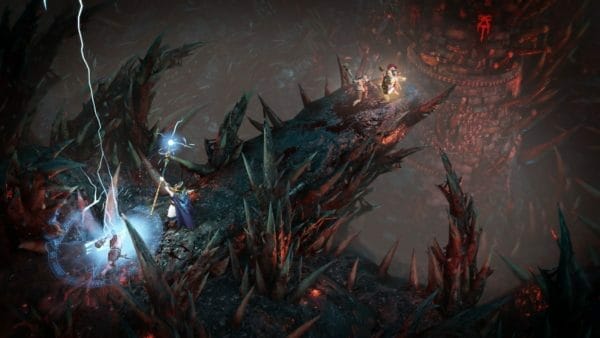 Alongside skills, there is an interesting Rage mechanic that you can unlock.  Eventually, you’ll start picking up red globes in levels.  These feed into a rage meter that you can activate once it is full.  In this state, you have different attacks, move quicker and seem to deal a lot more damage than normal.  It can take a while to get to this state though and should only be used if you are truly outnumbered or going up against a huge boss. 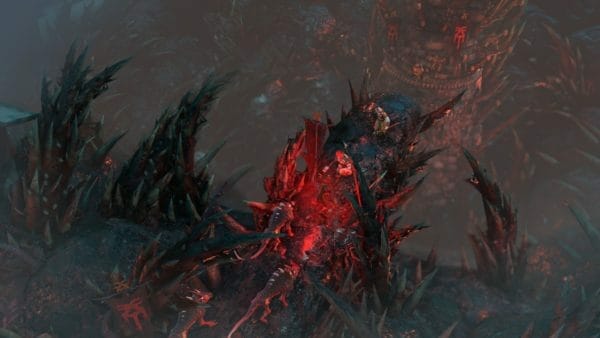 Since this is a beta, I won’t go in-depth about the story. However, I will talk about one semi-negative and one big positive though.

The semi-negative thing is that I wish enemies had a name bar on the top of the screen.  There may be an option for this in the settings but I couldn’t find it.  It would just be nice for me to know what some of the enemies are actually called and it might help some newer people to the Warhammer franchise.

The positive thing is there’s a really great boss fight in the beta that easily eclipsed any Diablo 3 boss encounter I can remember.  I was going up against a gluttony demon.  The thing would periodically belch out acid that would cover the floor except for three areas behind rocks.  So you had to get behind them or face immediate death.  However, if you stay behind them too long the creature would summon this energy attack that would hit the rocks and cause them to crumble.  If they got hit twice they were permanently destroyed, so you really had to move around the environment and pay attention.  I died a few times against it but had a lot of fun finally taking it down all the same.

While it is still in a pre-release stage, I’m fairly confident in this game.  I actually sold a copy of the game already to a friend on Steam because he saw I was playing the beta.  Chaosbane is nowhere near as complex as Path of Exile (but really, what is?), or as flashy as Diablo 3, but it is a very “meat and potatoes” style game that we have not really seen for a few years.  If you like isometric dungeon crawler/RPGs than this is an easy pick-up for you.

The publisher (Big Ben Interactive) provided a digital code to the second beta, which helped formulate this preview.