When I first saw Wasteland 3 on Xbox Game Pass I became intrigued. I am a huge fan of turn-based strategy games like XCOM. Not to mention, I am also semi-familiar with the Wasteland franchise as well. After spending quite a bit of time with it on both console and PC, I am quite sold on it. 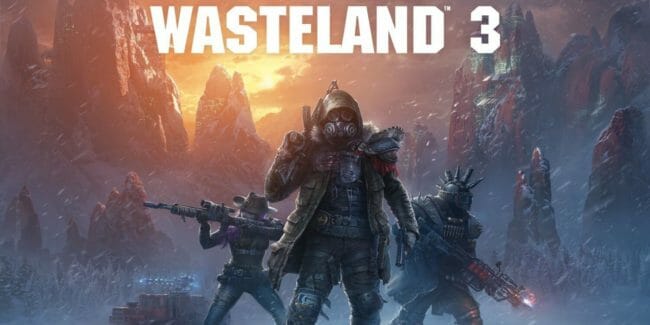 I have to say, I was immediately impressed with the initial options for beginning the game. Starting with choosing and building your two starting characters. Then immediately being dropped into combat. It grips you from the beginning like few others I have seen in a long time.

Wasteland 3 starts with a general cinematic that gives you some story background from the previous games. Do not worry if you haven’t played any of the previous games though. Everything is fairly self-contained in each game. There are a few callbacks to other games that longtime fans of the series will get. However, when playing, I never felt lost at all.

This franchise was an inspiration for the Fallout series and it certainly shows in some of the deep history of the game. America is a wasteland after a massive nuclear attack. Your two starting characters are members of the Arizona Rangers traveling to Colorado to help an organization that has promised to send food to Arizona to help deal with the aftermath of the previous game. Your convoy is attacked and your two starting characters are immediately thrown into combat. While also trying to continue their trip to Colorado.

The combat is turn-based. So, your team acts, and then the enemy reacts. Your characters (and your eventual team of up to six people) can be armed with a mix of melee weapons, rifles, submachine guns, energy weapons, explosives, and eventually combat robots. All of their skills and abilities are super important. Many games give you skills or even entire skill trees that serve little purpose. Wasteland 3 makes sure that each skill matters. Furthermore, this importance of skills means that having a well-rounded team is crucial. Especially because even skills not used in combat are vital. There are some situations where combat can be avoided or shaped more to your advantage by having team members that are balanced.

One of the major appealing aspects of Wasteland 3 is the fact that story decisions affect future decisions later in the game. Even shaping the full story in different ways. This is more like how Fallout used to be where early decisions tended to have long term consequences as opposed to just immediate effects. Wasteland 3 in particular, felt like playing some of the early Fallout titles with a wealth of options and choices facing me. Even playing the opening area of the game provides you with different choices that make every playthrough feel like a different game entirely.

This is a major strength of Wasteland 3. And unlike in games like Elder Scrolls V: Skyrim, there is a need for a balanced team and there’s no one game-breaking build for a single character. I even found myself experimenting with various two-player builds (and later in the game team builds) just to see the different options and to try to experience everything I could.

Wasteland 3 features co-op multiplayer, allowing up to two players to play together. Although sadly there is no cross-play. So PC players cannot play with Xbox Players. Unfortunately, there’s also no ability to play with randoms either. You can only play with invited friends. There are currently no public lobbies to jump into games. Although being on Xbox Gamepass makes this much less of a challenge, you do need to have a friend that’s also interested in playing to try out co-op.

When it comes to multiplayer your overall team size is still limited to six but each player can take control of three team members turning your one large team into two smaller teams. This limitation is helped by only being able to play with friends. Since you have to invite someone to play with you, you are much less likely to get stuck with someone who goes off and does their own thing. The players do not have to stick together and can each turn in completed quests at the same time which can help you move a little faster through the game. Players can also take quests from opposing factions which can help players get a little more varied game experience if they choose.

This game was reviewed using a digital code provided by the publisher (Deep Silver).

Wasteland 3 is a very fun and captivating game. Except for some multiplayer issues, the game feels very polished and I never ran into any game-breaking bugs that took me out of the immersion of the game. Even when I went a couple of days without playing the game, I was able to jump right back in and didn’t feel like I was losing a beat. I would definitely recommend this game to fans of the Fallout universe. Especially people who liked the immersion of the earlier games with a large variety of gameplay choices.