First cartridge to allow the player to save the game via the battery backup feature.  Remember playing this game at a cousin’s house, looking over the large map that came with it and having no clue what to do.  Cut me a little slack however, because I was only around seven when I first played it.  This epic adventure was one of my greatest gaming memories of my early life, hunting for new items and dungeons while trying not to get lost.  Don’t forget that this game came out before the internet too, so no game faqs for you, just Nintendo Power.

One of the games that gamers list as to why the Super Nintendo was one of the best systems to play JRPGs.  Chrono Trigger is one of those games that was on my long backlog and was one of the reasons I started the Backlog Busting Project.  That project might be defunct now, but this game is still on my to do list.

The console wars back in the early 90s were a great time to be a gamer.  Both the SNES and Genesis had so many unique games, even games with the same title that would be completely different.  I was a Genesis kid growing up but have grown to love this grey and purple system.  Many others agreed with me as it would sell over 49 Million units worldwide).

Nintendo and Silicon Graphics announce a worldwide Joint Development and License Agreement for developing a truly three-dimensional, 64-bit Nintendo machine for home use. “Project Reality” will be unveiled in arcades in 1994, and will be available for home use (target price below $250) by late 1995.

Who hasn’t sat in computer lab pretending to work, but instead you were playing this simple puzzle game.  Minesweeper would find itself right next to the likes of solitaire as the best ways to waste school and company time.

This is still a crazy that I am trying to figure out.  Was the game entertaining?  Yes it was.  However the mass hysteria that followed is still confusing.  A simple concept led to very addictive gameplay in the dawn of the easy to pick up mobile game era.  I question if games like Pokemon Go would even be around if it wasn’t for the crazy popularity of these not so happy birds. 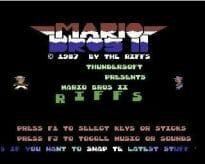 I have to admit, I didn’t even know this was a thing.

How many nights did I spend with friends screen peaking during games of this game?  The first big mulit-player shooter that I can remember getting lost into was a blast.  All of the different stages and ways to play always helped keep it feel fresh, especially for games back in 1997.  I recently introduced my son to this game, and while the graphics are a bit rough to stomach, the gameplay is surprisingly still enjoyable.

I remember playing the original Dragon Warrior for the NES.  Yes, I still call this series Dragon Warrior, I am old, sue me.  I was far too young to understand the level grind that the early RPG was so never got into it.  Years later, when I finally understood the genre, Final Fantasy was more my cup of tea.  I do, however, wish to get into some of these Dragon Quest games.  What better time to do so than on September 16th, when it comes out for the Nintendo 3DS.

The RPG that begs you to break the system started 13 years ago with Hour of Darkness.  There are few games that have a 50-60 hour main story, and use it as a tutorial for the rest of the game.  The story is over the top, but even it doesn’t match the craziness of the battle system and how over powered you can make your characters.  Disgaea plays as your typical turn based rpg that is played on a grid system, but it turns everything up to 11.  If you have hours to invest, and love over the top characters and like strategy games, check out this series.  Side note, I have found it best to play in a portable fashion.

Little bit of cheating here, but not a lot has come out in the States on August 27th it has turned out.  However, it gives me a chance to talk about this amazing gem.  Racing games were not the strong suit of the NES, RC Pro-Am excluded, but they really shined in the next generation.  Super Mario Kart was one of the contenders for best racing game on the SNES.  The fact that you played as your favorite Mario characters didn’t hurt.  The battle mode was always a fun distraction, but the racing was where it was at.  It also helps to go back and play the original, where the rubber band feel didn’t feel as harsh, and you felt like your skill was paid off.

Another cheat here, but gives me a chance to stir the pot by saying I have played Earthbound on the old Backlog Busting Project.  I played it…and I thought it was ok. 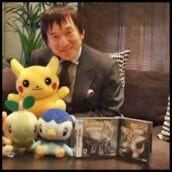 Thanks a lot Satoshi for brain washing my child 20 years after the orginail games were released.  Pokemon has some serious staying power, big shocker I know.  It is so great to see all of the different generations of people who have gotten behind the series.  My question is did Tajiri ever imagine Pokemon Go?

I still want to go to one of these, anybody want to take me to one?