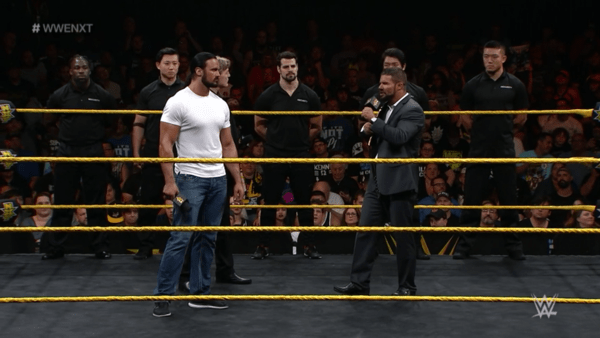 Where Gary Vaughan (@W2Mgary) and Paul Leazar (@hailtothechimp7) discuss all the events that transpired on this week’s WWE NXT. Andrade “Cien” Almas takes on No Way Jose in the main event, Oney Lorcan and Danny Burch battle it out once again, and Bobby Roode & Drew McIntryre have some words for each other ahead of their title match at NXT TakeOver: Brooklyn III. We talk about it all in this WWE NXT Review.