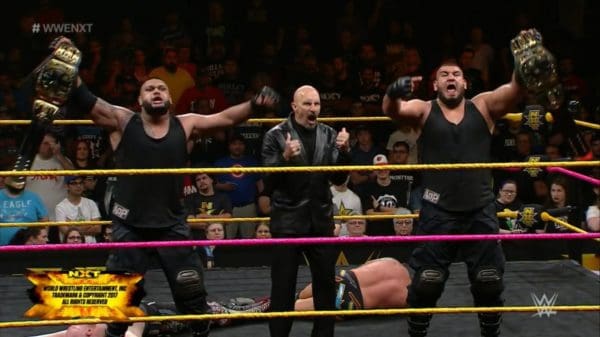 Where Gary Vaughan (@W2Mgary) and Paul Leazar (@hailtothechimp7) discuss all the events that transpired on this week’s WWE NXT. Ember Moon, Ruby Riot, and Sonya Deville square off for a spot in the NXT Women’s Title match at TakeOver War Games. Plus, The Undisputed Era takes on SAnitY in the main event. We talk about it all in this WWE NXT Review.