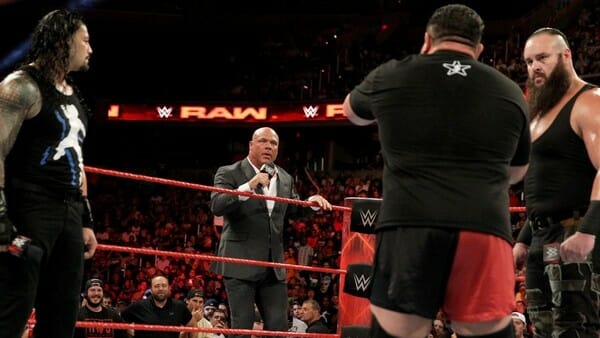 On this Wrestling 2 the MAX: WWE RAW Review

Paul Leazar (@hailtothechimp7) and Gary Vaughan(@W2Mgary) discuss and talk about the high and lows of the Monday night show.

So, join us, as we discuss everything about WWE RAW. Bayley and Sasha Banks compete to see who will challenge Alexa Bliss for the RAW Women’s Title at Summerslam, a colossal main event is made for Summerslam, and Finn Balor and Elias Sampson have themselves a No DQ Match! We’ll talk about all of that and much more on this WWE RAW Review.