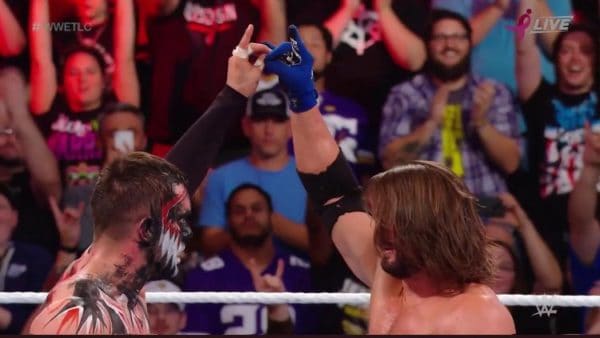 Sean Garmer (@W2MSean) Gary Vaughan (@W2Mgary) & Paul Leazar (@hailtothechimp7) discuss everything about WWE TLC 2017. After some sickness ran through the locker room, we find ourselves with a changed card. The Shield teams up with Kurt Angle to face The Miz, The Bar, Braun Strowman, and Kane in a TLC Match! Plus, AJ Styles flew halfway across the world to square off against “The Demon” Finn Balor, and Asuka makes her long awaited debut on the main roster!

We talk about all of this, and so much more as we review WWE TLC 2017 Review.