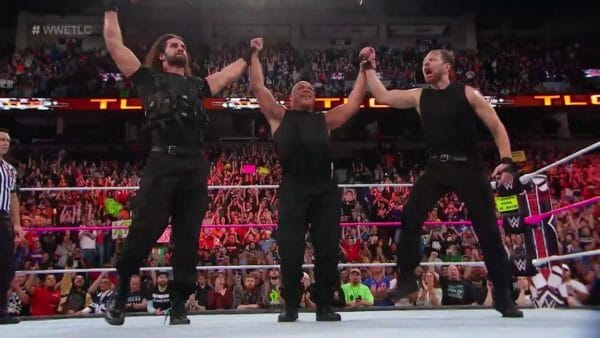 The month, the matches, the stipulations, EVERYTHING’S CHANGED!! It’s a night where everything changed in the last 48 hours. While the main match is the same, the competitors have changed in our main match. And, one match was changed to become an international dream match. Will it pay off? We’ll find out as WU Reacts to WWE TLC.

The main event here is an insanely huge match, as it is the first ever 5 on 3 handicap TLC match, as Miz, Sheamus, Cesaro, Kane, and Braun Strowman team up to take on The Shield… kind of. Due to Roman Reigns being sick, he’s been replaced by the returning Olympic Hero, Kurt Angle. Will 12 years away from the WWE affect Kurt badly? Will The Shield be able to overcome this sudden change? Or will this huge alliance be able to make Shield regret getting back together?

And then… the sub-main event. You want the pumpkin spice king? Tough. Due to both Bray Wyatt and Sister Abigail being sick, we get a dream match on 2 days notice. The Demon Finn Balor will be there, but his opponent will be… AJ Styles. So we get a legitimate dream match as these two face off for the first time ever.

And, of course, stick around for the big finish, featuring the best and worst match of the night. Will the changes affect the matches? Find out as Wrestling Unwrapped Reacts to WWE TLC.