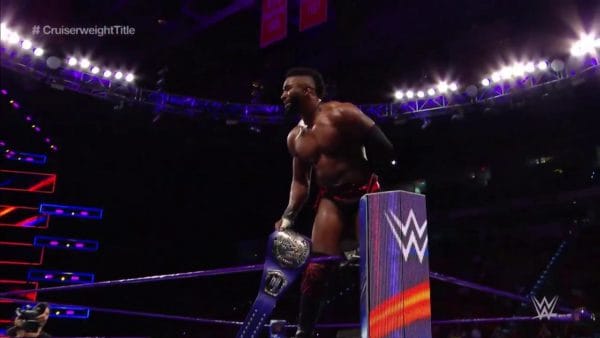 This week on the Wrestling 2 the MAX 205 Live Review, Harry Broadhurst returns to the helm along with co-hosts Brandon Biskobing and Liz Pugliese. They discuss all the cruiserweight action on 205 Live.

WWE 205 Live once again gives us the best wrestling of the WWE week. Cedric Alexander is the man to watch as he and Buddy Murphy put on a quite the show. Drew Gulak is on commentary as Brian Kendrick & Jack Gallagher take on Kalisto & Lince Dorado.

Reviewing WWE 205 Live 5.29.18 Where Cedric Alexander and Buddy Murphy Have a Fantastic Match