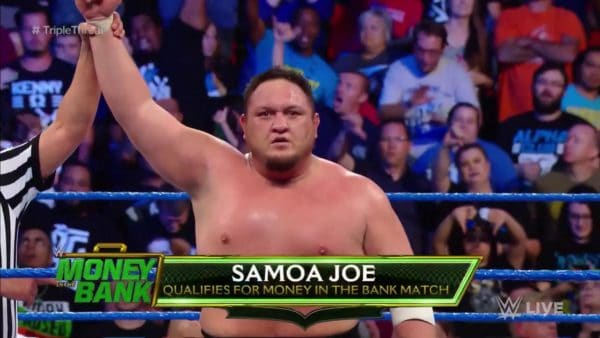 This week on the Wrestling 2 the MAX Smackdown Review, Harry Broadhurst returns. He is joined by his normal co-hosts Brandon Biskobing and Liz Pugliese.

SmackDown has one spot left in the Men’s Money in the Bank Ladder Match, and it comes down to two modern greats…and one not so great when Daniel Bryan vs Samoa Joe turns into a triple threat with Big Cass. Shinsuke Nakamura looks to tune up for MITB using Tye Dillinger! A dance-off, a six-man tag (The Bar/Miz vs The New Day), and Asuka vs. Mandy Rose round out the show.