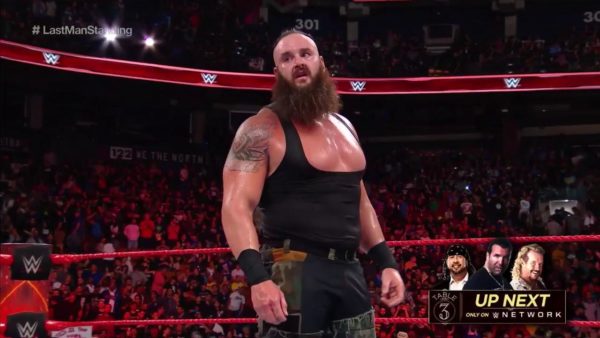 Gary Vaughan(@W2Mgary) and Paul Leazar (@hailtothechimp7) discuss and talk about the high and lows of the Monday night show.

So, join us, as we discuss everything about WWE RAW. Braun Strowman and Roman Reigns battle it out in a Last Man Standing Match! Seth Rollins and Dean Ambrose each go one on one with Cesaro & Sheamus, and Bayley’s shoulder injury sets up two triple threat matches to help determine a #1 contender. Plus, there’s much more on this WWE RAW Review.