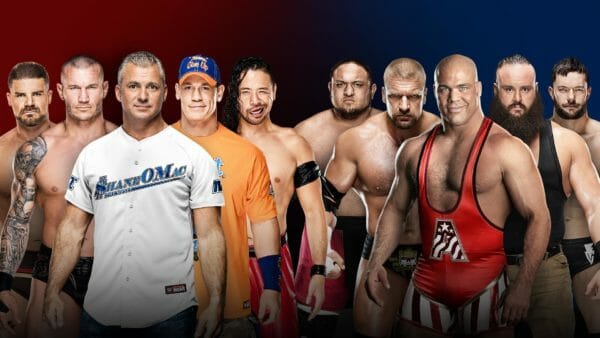 On this episode of Wrestling 2 the MAX, Sean Garmer and Gary Vaughan go old school, as Paul Leazar is on his way to Houston for the big wrestling weekend. Due to Paul’s absence, we are missing a few segments like Superstar of the Week, the review of ROH TV, and unfortunately we couldn’t preview the New Japan World Tag League either. However, you can check the website for a staff roundtable on the NJPW WTL.

The guys start out with the wrestling news in quick hits. They have big discussions on Lucha Underground getting a Season 4. Reasons why Paige has returned to RAW yet. Impact Wrestling releasing more talent. Neville maybe heading back to WWE. Daniel Bryan on wrestling again, and more.

Then, Gary and Sean give their predictions for both NXT Takeover WarGames, and WWE Survivor Series 2017.

After that, Sean runs down the latest Impact Wrestling. While Gary gives his reactions on what happened on the show.