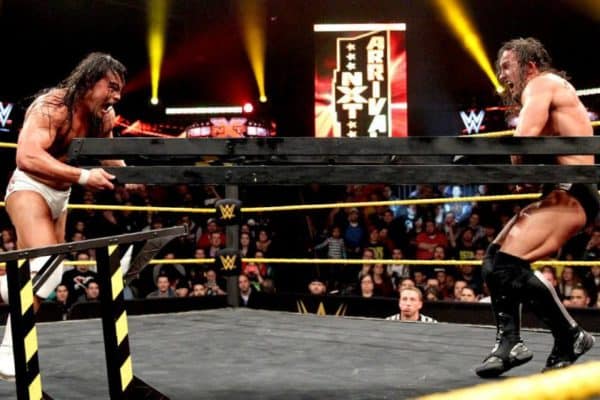 On this week’s Wrestling Unwrapped Since it’s start as a glorified reality show, NXT has helped to nurture the future of the WWE. Then, with the launch of the WWE Network, it was able to be seen in a different light, with it’s weekly show. But, what better way to launch itself as a brand, than to announce it’s arrival with the first live special in Network history? Join WU as we review it’s very first time on WWE Network with NXT Arrival.

A massive main event greets us as Adrian Neville and Bo Dallas face off in NXT’s first ladder match for Bo’s NXT Championship. Can Neville put a red arrow through Bo and take his title? Or will Neville be forced to Bo-lieve? But that’s not all as another featured match of Xavier Woods vs. Tyler Breeze. Who walks out of the first NXT Special with their titles? Find out as WU reviews NXT Arrival.