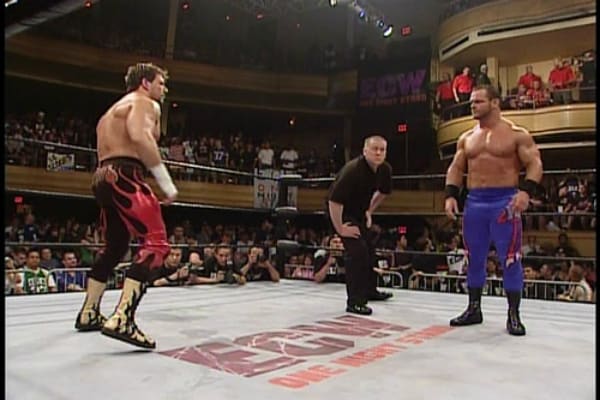 On this Wrestling Unwrapped Who would’ve thought that just a simple DVD would lead to huge things? And would help prove what many wrestlers knew already? A lot happens in one extreme night at ECW gets the gang back together. Join WU as we celebrate the 12th anniversary of ECW One Night Stand 2005.

The gang’s all here as ECW alum return for one night only with several big matches, including the Dudleys vs. Tommy Dreamer and Sandman, and Masato Tanaka vs. Mike Awesome. These brutal matches cap off a hard-hitting, high-flying night.

But, there’s an elephant in the room as crusaders from Raw and Smackdown threaten to shut down the entire show? Will the Eric Bischoff led Raw and JBL led Smackdown superstars have anything to say by the end of the night? And will JBL manager to not get drunk and become and asshole? Find out on this episode of WU.

And, as always, stick around for the best and worst match of the show, and our cash and trash of the show. ECW lives for one night only and the gang is back together as WU reviews ECW One Night Stand 2005.