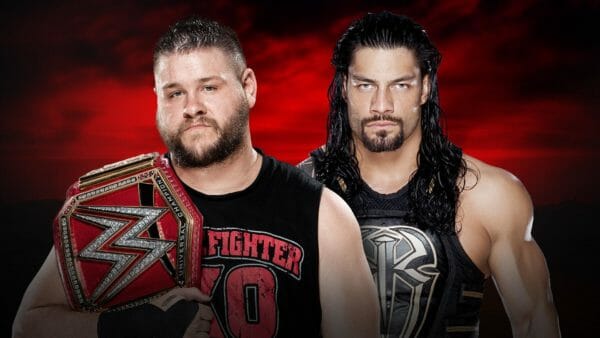 A stacked card is presented in front of 52,000 fans, as Kevin Owens puts his Universal Title on the line against Roman Reigns in a No DQ match with Chris Jericho hanging in a cage above the ring. Can KO finally win one on his own?

Then, the face that runs the place takes on the champ that runs the camp. John Cena looks for his record tying 16th World Championship, taking on the WWE Champion, AJ Styles. Can Cena finally tie the Nature Boy?

Not to mention, the Royal Rumble Match itself and even more matches.

Of course, be sure to stay for the Big Finish, featuring the best and worst of the show. Cash and Trash. The Alamo city will never be the same, and you will always Remember The Rumble, as WU reviews the 30th Annual Royal Rumble