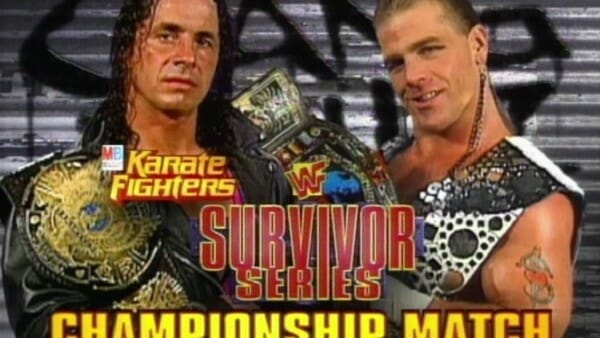 As WU approaches it’s 50th episode, we though about what we could cover for a mommy is occasion. So, we looked in the calendar and realized that a MAJOR anniversary was approaching. One that would change wrestling. So join WU as our 50th episode revolves around… the 1997 Survivor Series.

The main event needs no introduction… Shawn Michaels vs. Bret Hart. It’s one of the most controversial moments of all time. However, getting to it is whole other story. We’ll talk about everything we can that went into the match that dawned the attitude era.

And, of course, stick around for the big finish, with the best and worst matches of the show. It’s a night that lives in infamy, and we celebrate it’s 20th anniversary, as WU talks about the 1997 Survivor Series and the Montreal Screwjob.