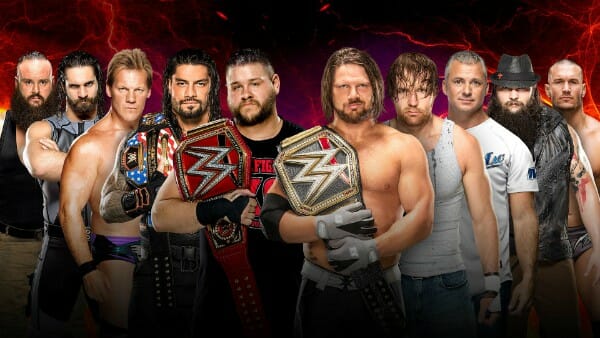 So… the 30th annual Royal Rumble is just days away. Of course, the big match is the Rumble itself. 30 men vying for a spot in the main event at Wrestlemania. The two headliners for that are Goldberg and Brock Lesnar. But how did we get here? Why are they in the match. Well, we have to go back in time to find out. WU reviews WWE Survivor Series 2016.

A Mega Match 12 years in the making is the main event tonight. Goldberg returns to the ring for the first time since 2004 to face the man he beat in his last match, Brock Lesnar. Fantasy warfare becomes real in a shocking match with an ending no one saw saw coming.

There’s also the battle for brand supremacy as RAW and Smackdown Live face off in three Survivor Series style matches to establish dominance. five tag teams vs. five tag teams, five women vs. five women, and five men vs. five men. Find out which show comes out the victor in the first battle since the new brand split.

As always, join us for the big finish, where we name our best and worst match, and our cash and trash of the show. Who will be able to survive and how the hell did we end up with this Royal Rumble? Find out as WU reviews the 30th Annual Survivor Series.