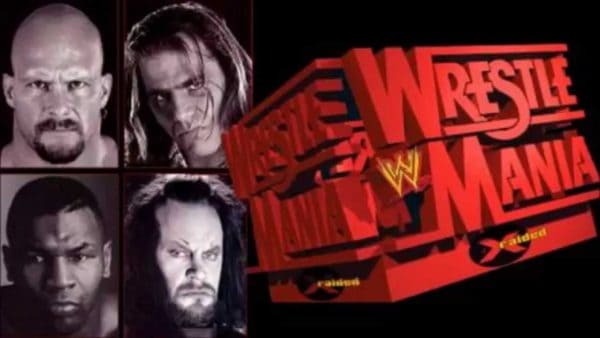 One week away from the showcase of the immortals, WWE Wrestlemania 33. Wrestling Unwrapped has one show left to do. The timing could not be better as we wrap up our review of March 1998 PPVs with one of the most high-stakes shows WWE ever did. Wrestlemania XIV.

It’s a incredible moment in time as our main event is a changing of the guard. It’s Stone Cold Steve Austin vs. The Heartbreak Kid Shawn Michaels for the WWE Title with the baddest man on the planet, and DX member, “Iron” Mike Tyson, as the guest enforcer. Can Steve Austin overcome everything to take the title?

But, there also other huge matches. It’s brother vs. brother as Undertaker faces Kane in a match year’s in the making. Also, The Rock puts his Intercontinental Championship on the line against Ken Shamrock.

Plus, stick around for the Big finish, featuring our best and worst matches of the night. Boston will never forget what they saw, as WU finishes March 1998 with Wrestlemania 14.