Typoman Revised is a side-scrolling 2D puzzle platformer from Brainseed Factory. It was originally released for the Wii U with very mixed reception. Thankfully, Brainseed took notes on the criticisms of the original game and “revised” it for the consoles and Steam. The 2D platformer is one of the most oversaturated genre’s in video games. For every gem like Meatboy and VVVVVV there are dozens of mediocre to forgettable platformers. Typoman Revised falls more towards the former. What makes Typoman stand out is the unique mechanic of using words to alter the world. 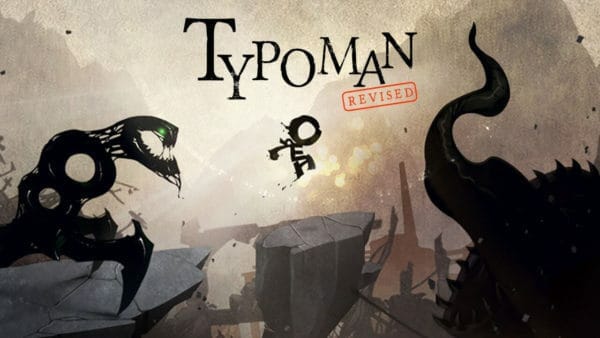 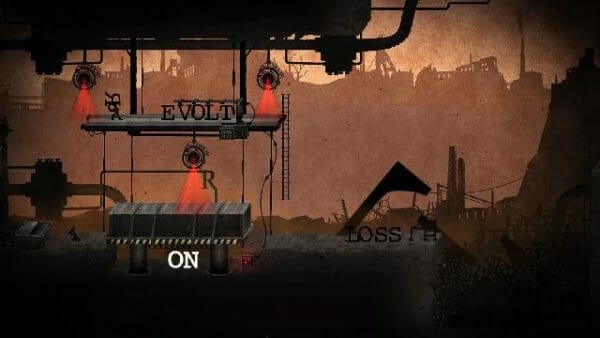 Typoman begins with you rolling around as a letter O. Eventually, you find the letters H, E, and R, transforming into a small character made up of HERO. The world he is introduced in is desolate, dark and full of evil. He appears confused on his formation and doesn’t understand his purpose. He quickly learns he needs to save this world by becoming HOPE. In order to do this, he traverses through various dangerous obstacles to defeat EVIL, the final boss. At least, the protagonist gets help from an angelic being that appears at the most opportune moments.

The summary I just gave, is my interpretation of what I think the plot is. Since the story is told in a minimalist fashion, nothing is really spelled out for you. There are collectables that form a narrative. However, it doesn’t really add to the story. None of the characters speak, but they do use their movements to convey thoughts. This type of narrative can be difficult to execute, but it actually works here. Honestly, the story is pretty simple. It’s all about countering hate, evil, and doom, with life, love and hope. 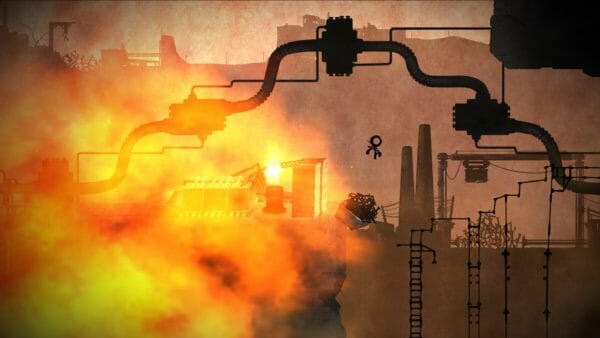 At face value, it appears Typoman is stylistically and visually reminiscent of Inside. However, that’s really a lazy comparison. It’s honestly so much more than that. Brainseed did so much work to make the world of Typoman unique. Letters and words make up the whole environment. Hints are also integrated into the environment such as “drop.” Sometimes world hazards literally are the word “trap.” My favorite visuals are when new enemies appeared. For example, on one part the word “Greed” shows up on the screen. The game cuts to a cool transformation scene of the word becoming a centipede type villain. It is one of the coolest introductions to an antagonist I have seen in a long time.

In general, the backdrops of the game look great. Typically, I roll my eyes whenever I see a game set in a dystopian world. Especially, one with such a dark color pallet of black, grey and brown. Even the broken buildings and destroyed environment adds to feeling of despair. I didn’t mind all the darkness too much in Typoman. Mainly because this setting makes bright colors really stand out. Especially, when forming positive words, which cause the appearance of a golden sphere. 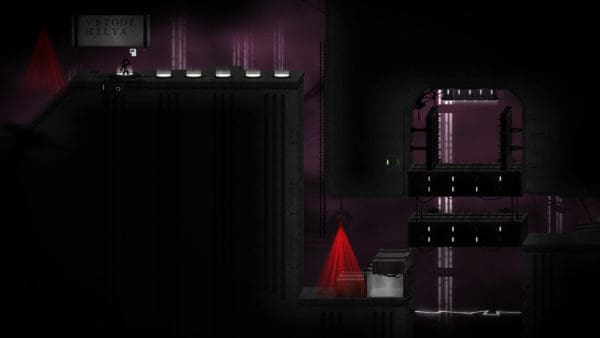 The story and the visuals are fine. But the real selling point of Typoman is the brilliant gameplay mechanic. The main way the protagonist interacts with the world, are word puzzles. It sounds silly on paper, but it’s done so well. The way it works is ingenious. For example, when the game starts there is an elevator that is not on. You activate this elevator by pushing a letter O with the N next to the elevator.

This creates the word ON. Thus turning on the elevator. This example is just one of many versions of the world puzzles. There are puzzles where there are a jumble of letters you have to arrange to continue the puzzle. There are others where a letter generator creates an endless amount of select letters. In short, there are several of ways to solve puzzles. Even something as simple, as cutting a rope to craft the word “CUT” or “CHOP.” It is very satisfying to be able to think of something, and it appears. 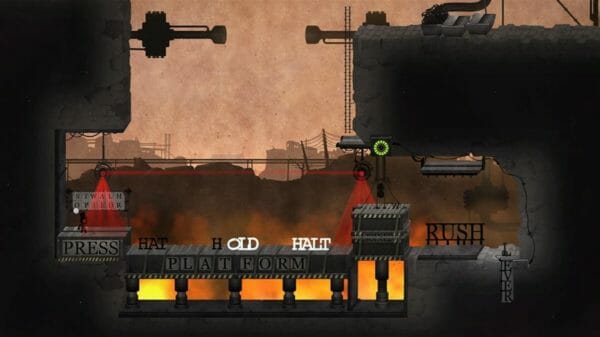 Typoman eases you in with these kinds of simplistic puzzles to give you an idea on how the mechanics work. Then the puzzles start getting harder with multiple steps required to solve them. It goes from solving five second straightforward puzzles, to 10+ minute complex puzzles with many moving parts. There are some segments where you have to turn on platforms, make it rain to clear out fires, and create protection spheres to move in poisonous areas. One of the best things, is the game actually finds ways not to duplicate puzzles. I appreciate this because there is nothing more tedious than having to redo the same thing over and over again.

Halfway through the game, I thought I saw everything the puzzles had in store. Then I was introduced to the “LIE” character. What this small monster does is turn words into opposites, after he eats them. So, if it eats the word “OPEN” it creates the word “CLOSED.” This gameplay mechanic is simply genius. It adds a whole new level of complexity that I was not expecting from Typoman. There are parts where unstoppable enemies chase you, forcing you have to use the “LIE” characters to craft multiple words to protect yourself. 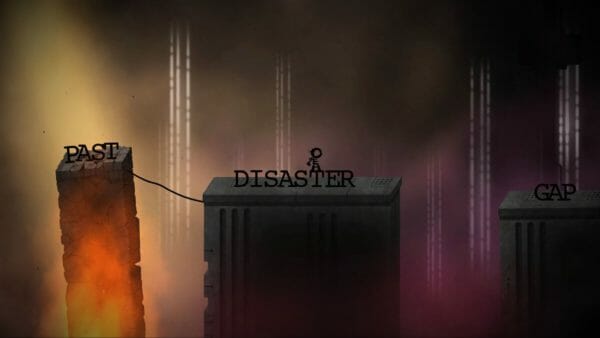 My only real issue with the game, is that the hints given for solving some puzzles are too vague. I had to look up quite a few of the puzzle solutions because of this. Some of the puzzle solutions are too complicated and border on nonsensical. Many times, I figuratively bashed my head against the wall trying to figure them out. It’s crazy how some people solved a lot of the puzzles near the end of the game. It’s ultimately very frustrating to get near the end and literally run against a wall. The hints, or lack thereof in some cases, didn’t help this matter.

Overly Difficult puzzles towards the end

Overall Thoughts: 8 out of 10 I really enjoyed my time with Typoman Revised. This game is pretty short. It took about five hours to beat or so. However, that is the perfect length for this game. Typoman doesn’t over stay it’s welcome. It’s a brisk and challenging game that has a unique gameplay mechanic. Very few developers have attempted it, let alone executed it as well as Brainseed does. Typoman is definitely a game I will remember fondly for a long time.