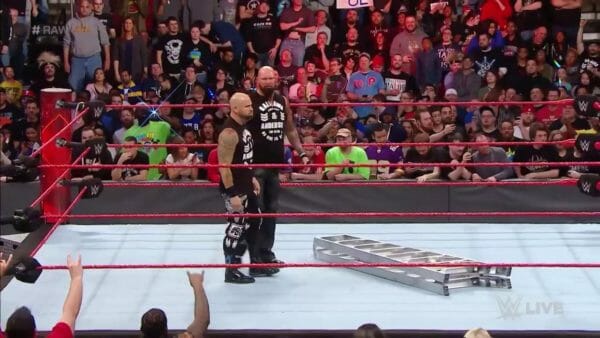 Gary Vaughan (@W2Mgary) and Paul Leazar (@hailtothechimp7) discuss and talk about the high and lows of the Monday night show.

So, join us, as we discuss everything about WWE RAW’s go home show for WWE Wrestlemania 33. The RAW Women’s Division gets a big spotlight. Kevin Owens takes on Sami Zayn, who continues to fight for his career. Plus, Goldberg and Brock Lesnar have another encounter. Then, much more on this WWE RAW Review.