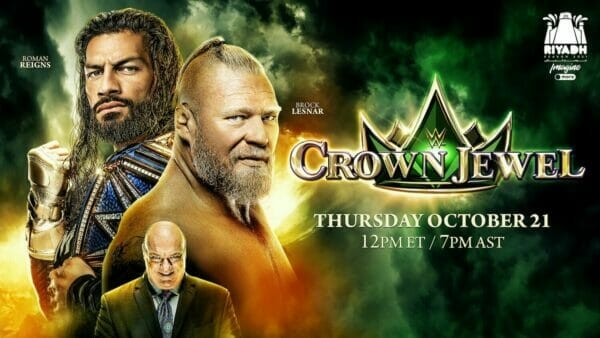 Chris BaileyX3 and Mark Radulich present their WWE Crown Jewel 2021 Review! WWE Crown Jewel 2021 Review! Crown Jewel 2021 was a professional wrestling pay-per-view (PPV) and WWE Network event produced by WWE for their Raw and SmackDown brand divisions. The event took place on October 21, 2021, at Mohammed Abdu Arena on the Boulevard in Riyadh, Saudi Arabia. It was the third event promoted under the Crown Jewel chronology and the sixth event that WWE held in Saudi Arabia under WWE’s 10-year partnership in support of Saudi Vision 2030. It was WWE’s first PPV event to be held outside the United States since the last Saudi Arabian event, Super ShowDown in February 2020, due to the COVID-19 pandemic. The event also saw the finals of both the 2021 King of the Ring tournament and the inaugural Queen’s Crown tournament.