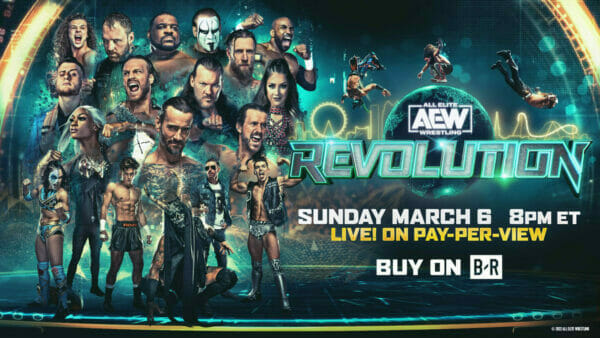 AEW Revolution 2022 was the third annual Revolution professional wrestling pay-per-view (PPV) event produced by All Elite Wrestling (AEW). It took place on March 6, 2022, at the Addition Financial Arena in Orlando, Florida. The event aired through traditional PPV providers, as well as Bleacher Report in the United States and FITE TV internationally. It was the culmination of a three-day event, which began with an episode of Rampage on March 4 and then a fanfest on March 5, both held at the same venue as Revolution.

Twelve matches were contested at the event, including three on The Buy In pre-show. In the main event, “Hangman” Adam Page defeated Adam Cole to retain the AEW World Championship. In other prominent matches, CM Punk defeated MJF in a Dog Collar match, Jon Moxley defeated Bryan Danielson, and Wardlow won the Face of the Revolution Ladder match.