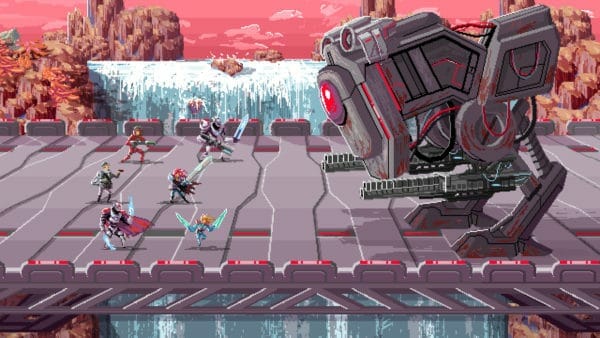 On this episode of Video Games 2 the MAX hosts Sean Garmer and Marc Morrison discuss Sony finally letting streamers, influencers, and gaming sites preview the PlayStation 5. They also talk about some games they are playing too. Sean is enjoying two different Strategy RPG titles in Star Renegades and Ikenfell. While Marc plays some older stuff in Ghost Recon: Breakpoint and the first Alice game.

The CEO of one of Google Stadia’s creative teams, Alex Hutchinson, put out some terrible tweets stating Streamers should pay a license to stream the video games they play. Although neither host is really a streamer, they have some choice words for the idiotic statements. They discuss the various ways streaming has helped the industry grow, the hard work content creators put in that goes unnoticed, and the fact that 99 percent of streamers actually pay for the games they play already.

There are also other discussions as well on the show. Could an X-Cloud stick create an entry point for console gaming? Also, the original Fire Emblem becomes the next Nintendo limited release, is this going to be a trend for Nintendo moving forward with every anniversary? Plus, the Uncharted movie gets some pictures, courtesy of Tom Holland Ubisoft wants to connect for cross-progression, and more.

Finally, in the special topic of the week, the guys discuss their console launch memories for the various times in life where they received or bought consoles for the first time over the many console generations.

Thank you to Jens Dietrich for doing the editing and post-production on the show.