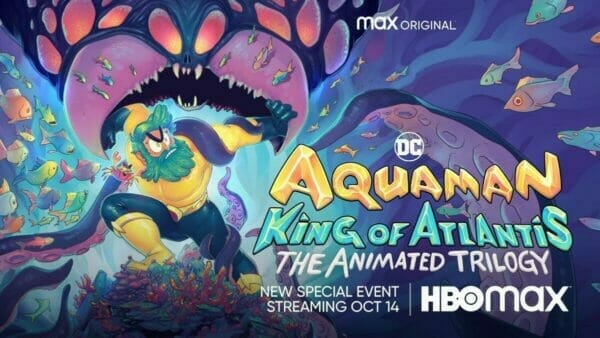 Jonas Radulich and Mark Radulich present their Aquaman King of Atlantis 2021 Review! Aquaman King of Atlantis 2021 Trilogy is an American animated miniseries produced by James Wan for the streaming service HBO Max, based on the DC Comics character Aquaman. The series is produced by DC Entertainment, Warner Bros. Animation and Atomic Monster Productions. The miniseries began on October 14, 2021 and subsequent episodes were released on a weekly basis. It is also par of Cartoon Networks ACME Night block.

Check out more of our Aquaman podcasts!

For more children’s TV show reviews check out our podcasts on Pinky and the Brain and Power Puff Girls!