The newest addition to the Atelier Arland series takes alchemy to a whole new level. Atelier Lulua: Scion of Arland brings with it familiar components of the Atelier series. While also doing new things with its latest protagonist as well. 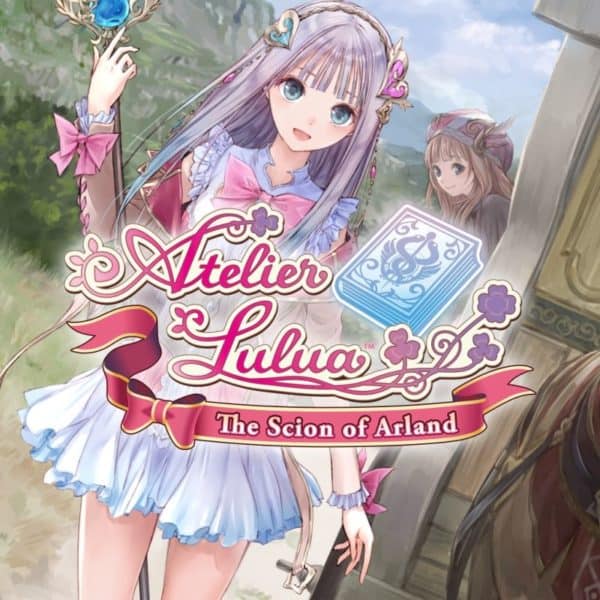 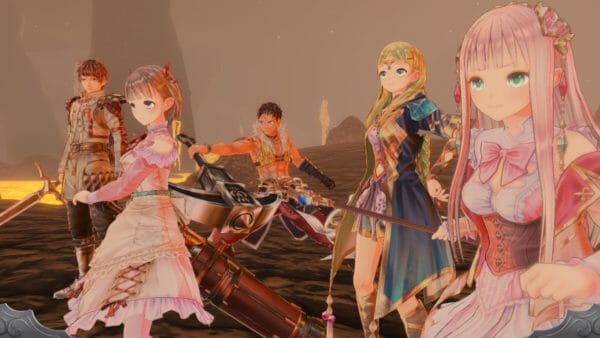 This entry in the Atelier franchise follows Lulua, an apprentice alchemist and daughter to Rorona (protagonist of Atelier Rorona: The Alchemist of Arland). Atelier Lulua picks up a few years after Rorona has become a master alchemist and Lulua is hard at work in learning her mother’s trade. One day a book called the Alchemyriddle  falls from the sky, revealing blank pages that only Lulua can read. Her story begins as she helps the people of the world and in doing so becomes the great alchemist everyone expected.

The story is very straight forward and at times a little too much so. Although the characters see some growth, the story doesn’t diverge much and follows a very typical magical girl trope. Packed with moments making it hard for the audience to get invested in what’s happening. However, some of that is mitigated by terrific comic relief and outstanding performances by the voice actors. Although the entire game is only voiced in Japanese, this doesn’t take away from the emotional impact behind each voice. They certainly make the characters much more enjoyable.

Lulua is a bit of a clutz and is someone who would rather relax than work 24/7. However, her heart is loyal and she will help anyone in a blink of an eye. Something she demonstrates time and time again throughout the adventure. Her personality injects quirky and fun moments into the story, which stands out above the otherwise bland plot. To be fair, the Atelier series has never been known for having a remarkable story. 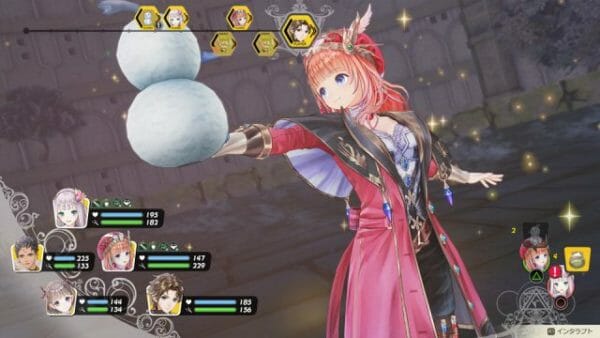 Much like the past Atelier games, this one keeps its focus on combat and alchemy. Rather than just get items from quests, players actually explore and gather the necessary ingredients for their creations. Defeating (cute) monsters is part of the adventure, which is also complete with a Time-Battle-System. Pitting Lulua and her friends against some major baddies.

The game follows the usual system of attack, magic, and using items. However, what’s new in the Scion of Arland is that Alchemist party members can use the Interrupt System. This system allows for the use of powerful items during battle that are pre-equipped without using up their turn. It is a great way to set up strategic attacks and helps even out the battle difficulty.

A Book and It’s Riddles 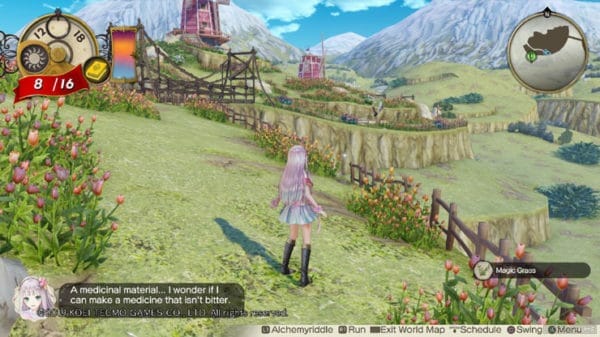 Players can use Lulua’s hands or staff to help knock down items to the ground. Although for some sections in the world, a fishing rod or other items may be required. After gathering the items, Lulua places them in the Atelier cauldron. Then, using the Alchemyriddle’s recipes the items are synthesized together.

Part of Lulua’s journey lies in solving the many riddles in her book. The book’s recipes appear once the riddles are solved, and another item is added to a player’s bag for later use. Although the crafting system can get a bit tedious and even overwhelming, there are hints given for the item locations. In the end, this is the major point of Atelier games, and Lulua nails it once again.

Atelier Lulua: Scion of Arland is a fun addition to the Atelier saga. Satisfying the wait that came after playing Atelier Rorona. Fans of the series should surely enjoy this one. Despite its bland story, the character’s personalities certainly shine through with great voice acting performances. Although the series knows its audience, Atelier Lulua does have a friendly atmosphere that makes it appealing for new players too. While also featuring easter eggs to previous games for the longtime fan as well. Regardless where you lie on this spectrum, Atelier Lulua makes itself an easy recommendation for anyone.

This game was reviewed using a digital code provided by the publisher (Koei Tecmo).