I was initially excited when I saw trailers for Warhammer Chaosbane.  A Diablo-like game set in the Warhammer universe seems like a perfect pairing and I even wrote a fairly glowing preview before the game came out.  Well, it’s been out for a while now and having played/beat it, it’s certainly serviceable, but doesn’t quite have a lot of memorable things going for it. 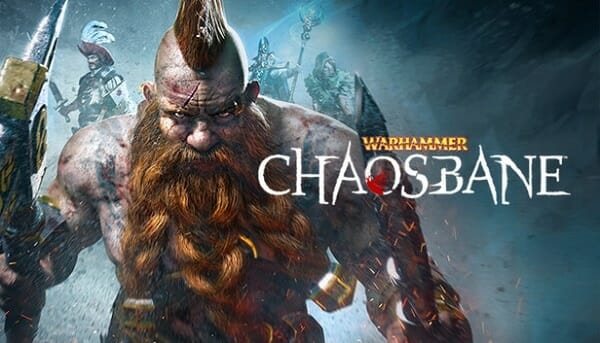 At its heart, Chaosbane is like most other action-RPGs of the type: Diablo 3, Torchlight, Victor Vran, etc. You go around, killing demons, collecting loot, upgrading your equipment and skills and fight bosses every so often.  It does have a few unique hooks. However, some of the design decisions are questionable. 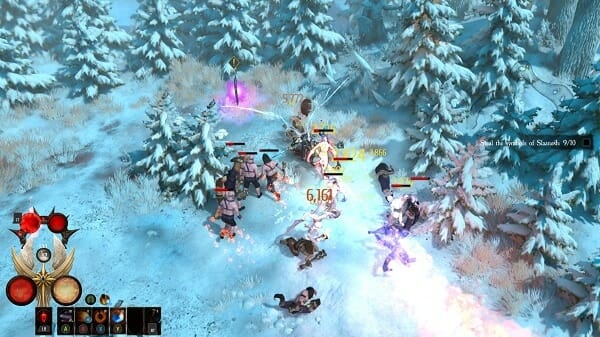 There are four classes to play as and I primarily stuck with the Elf Mage.  Each class has a race/class associated with them, and they are as follows:

This is the basic “sword and shield” guy.  He thrives when there are a ton of enemies around him and his special attack is using his shield to shield-smash enemies.  If you wait a few seconds, you can stun enemies with this smash but you’ll have to have it build back up before you do it again.

Although each class has their own specific tree and backstory, they all follow the same basic storyline throughout the game. 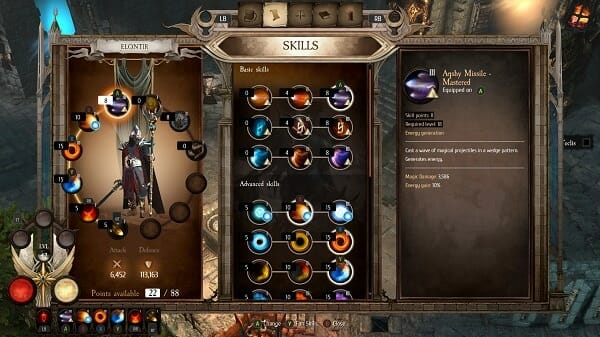 Skills are gained every few levels or so. These skills come in three ranks: basic, superior and mastered. However, there is a skill points limit. So, you can’t just equip all your most powerful skills at the same time.

For example, let’s say you wanted to have four top-tier skills, which generally are all 15 point skills. But, all you have are 56 points available. In order to equip all four skills, you would need 60 available. Limiting the number of points forces you into some tough choices for your build. Periodically, more skill points do become available from level-ups and completing quests but it is a thing to consider.  There are also some passive skills, which also require skill points but they aren’t quite as much. 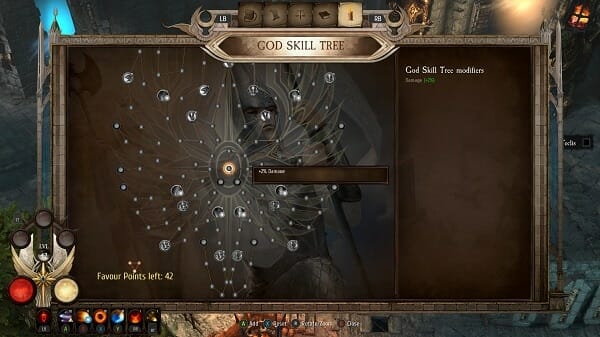 In addition to the main active skills for each character, there are also unique God Skill trees. These skills are more passive in nature but do have some more powerful, active abilities upon hitting certain milestones.  These are some of the more powerful active skills in the game and require a lot of points to unlock.

Unlike the regular skills, which unlock via leveling, these skills only unlock with Favor Points. One Favor Point is unlocked per level for a grand total of 50 (matching the level cap.) Although You won’t unlock every God Skill in the game, so you have to pick and choose which ones you want. 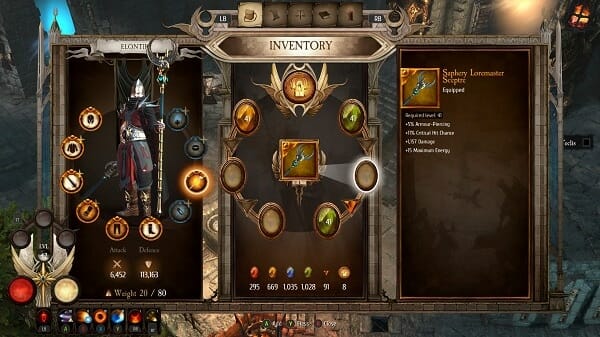 So, there isn’t a traditional store in the game.  There is a vendor you can donate weapons to, which increases your trade reputation and gets you some passive skills and such. Instead of a vendor, new weapons and gear are obtained from killing enemies, occasional quest rewards or finding them in treasure chests. At a certain point, you unlock the ability to bless (upgrade) weapons. Sadly though, this system has a few issues.

The biggest problem with it is that it doesn’t explain itself at all.  There’s a slight tutorial but it only teaches the bare minimum, and not even that. There are four, different colored fragments you’ll constantly pick up: red, blue, green and yellow.  There are also orange triangle pieces that occasionally drop. Finally, there is a “master” token that has to be placed (I think).

Nothing, that I’ve found in the game tells you what the hell the colors do.  Does green bestow health regeneration, or let you do counter-attack damage? What does the orange triangle actually do?  Maybe I’m just not finding the information, or it is just random. Regardless, it is really annoying.

Bosses at the end of each act are all great.  They all have some mechanic that actually makes them challenging. They aren’t impossibly hard or anything, but they all require you to do more than “hold down the attack button”, which is what every Diablo 3 boss was basically about.  The bosses all have different phases and mechanics that make them unique.  It’s not to say the game has the best bosses ever, but they are a damn sight more involved than other games in the genre.

The other major knock against the game is that the zones are static and can get very repetitive.  I think act 2 has you in an ice level, which does look nice, but doesn’t’ change at all. Different questions may have you go to different places but the core level never changes. For example, there are always two treasure chests, up two flights of stairs on the north part of the level.

One thing that Diablo 3, and to a lesser extent Victor Vran, got right is random encounters   You literally couldn’t see everything in Diablo 3 on your first run, because that game was jampacked with random stuff.  This game has nothing random, and because of that, it feels really hollow and empty.

A Few Other Issues 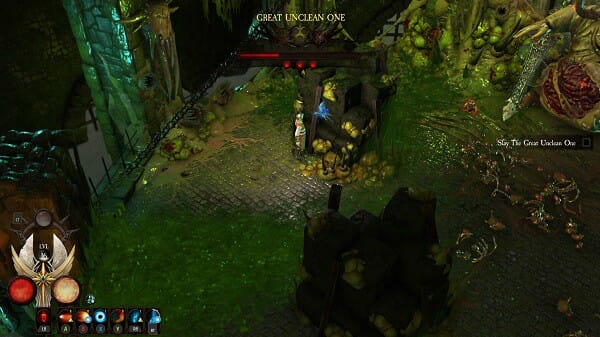 While it didn’t happen to me, a friend of mine played through the PlayStation 4 version and had some fairly severe audio problems.  Dialog would interrupt each other and come out garbled. This didn’t happen on the PC version, but it should be noted.

However, I did have some issues with gamepad recognition on my version. When I first booted it, the gamepad was recognized but wouldn’t actually work. Once I got into the game, it was fine, but on the main menu, it didn’t work for like the first hour or so.  Aside from that though, the game is stable and online multiplayer is fun and fairly lag free.

While Warhammer Chaosbane is a fairly competently made game, it is just missing a great reason to come back to it.  It does have a few small things to do, but there just isn’t enough content to keep diehard fans of the genre interested for too long.  Honestly, it is kind of a shame since the actual core of the game is solid, but not substantial enough for some people. I’d give it a medium recommendation, but with the caveats mentioned in the review.

This game was reviewed using a digital code provided by the publisher (Big Ben Interactive).