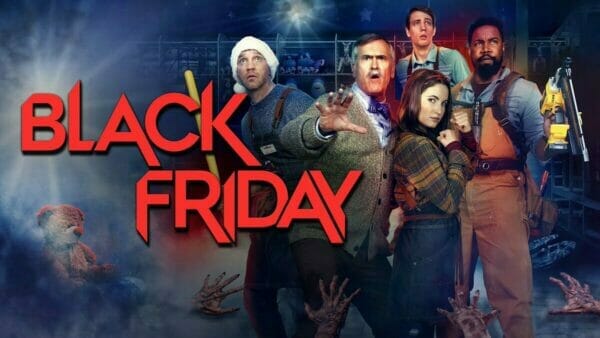 The Warner Davis Company Presents Black Friday 2021 Movie is an American horror comedy film written by Andy Greskoviak and directed by Casey Tebo. It stars Devon Sawa, Ivana Baquero, Ryan Lee, Stephen Peck, Michael Jai White, and Bruce Campbell (who serves as producer). In the movie, a group of toy store employees must protect each other from a horde of parasite infected shoppers.