Blast Brawl 2: Bloody Boogaloo is a indie 2D action/fighting game from developer Mind’s Eye Games. This passion project is an intense paced Super Smash Bros type brawler. Where a player dies with one hit. It is game that is tries to bring back local multiplayer, a feature that sadly has disappeared with the rise of online gaming. 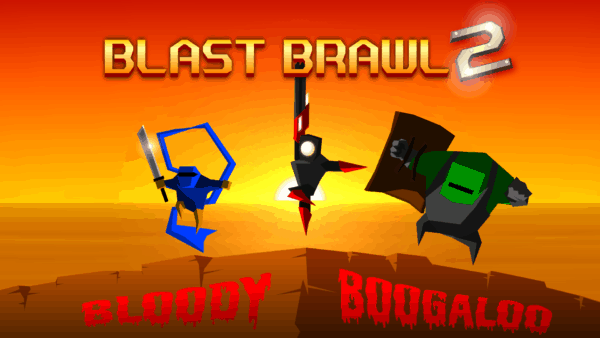 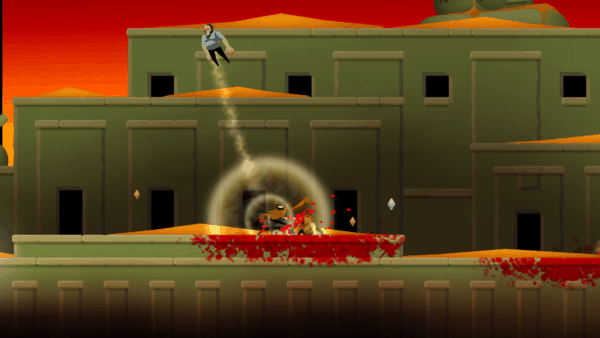 The simple gameplay is what one would expect from brawlers. There is one button for attacking, defending, dashing, special moves, and taunting. There are seven characters who each have a unique fighting style and skills. You start with the brawler who has rapid strikes and the warrior who is equipped with a heavy broadsword. The other characters feature everything from a speedy ninja who disappears to a viking who attacks in a circular motion with an axe. You unlock the other seven characters with currency you earn from playing the wave mode. 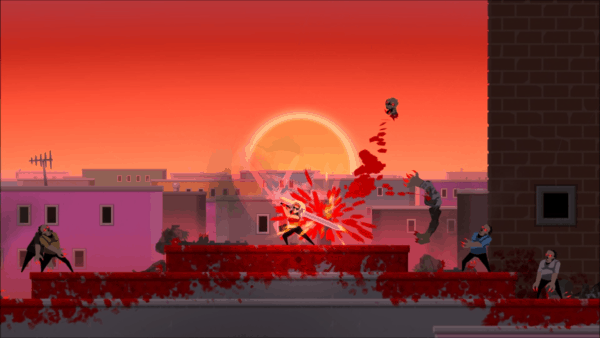 To earn everything in the game, as well as the achievements, you have to master this endless enemy wave mode. There are four levels to chose from that have unique elements and enemies. These aspects such as lightning strikes and moving lightbulbs create an extra layer of strategy. To “beat” the level, you have to get to Level 10 with every character.

This mode at times gets very annoying and frustrating. Especially because the enemies can be very cheap at times. Also, many of the characters have a half-second delay with their attacks. I found many times, this resulted in a quick death. However, admittedly that goes back to having to use strategy. 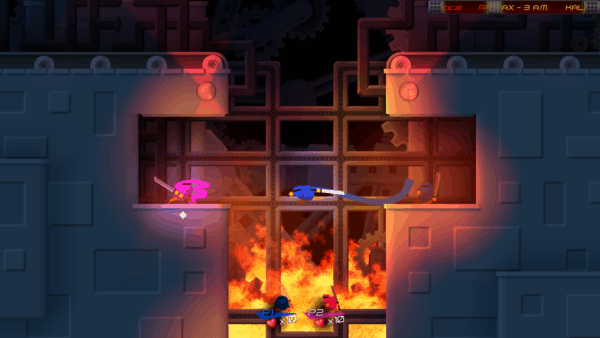 This is the mode that sells Blast Brawl 2. There are 16 levels to battle over. Take a group of friends, or teams of friends, and fight it out. The best thing is, you can customize the winning conditions, and the type of matches (survival, juggernaut, and deathmatch). These fights are quick, fun, and allows for a ton of replay too. It’s all in local multiplayer too. 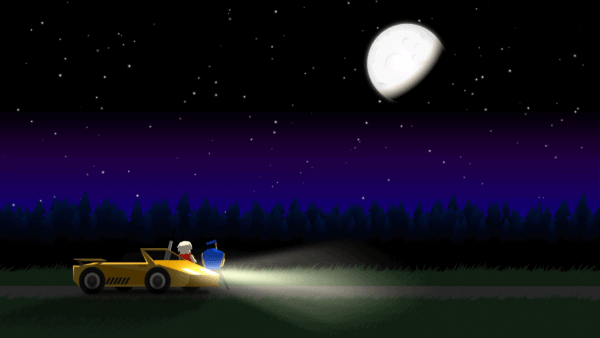 Do you love the 1980’s? If so, this game’s audio and graphics would fit right in. This has one of the best soundtracks for any game this year. There are a total of 40 synthwave artists that provided over 10 hours of music. Graphics wise, this game builds upon people’s nostalgia with the introduction of retro mode. This filter turns your screen into a CRT. Thus allowing you to control the image. You can decide on the curve of the screen, amount of scratches, RGB shift, and how wavy the image is as well.

Customize the appearance of the game

Wave mode can get tiresome

Overall Thoughts: 7.5 out of 10. For this being Chris Molini’s first foray in making his own game, this is a very well thought out and created product. During my 7-8 hours of playing the game for review, I did not run into any bugs or crashes. I do wish the wave mode was more fleshed out. Also, having backstories for each character would have given players something more to sink their teeth into. The most lacking feature is no online multiplayer. But perhaps their was a cost issue, which prevented its inclusion. That being said, this is a great party game, which anyone can pick up and play. The soundtrack standouts too. I look forward to seeing what else Chris Molini has planned in the future.

* For the sake of transparency: The publisher provided a code for review purposes. *