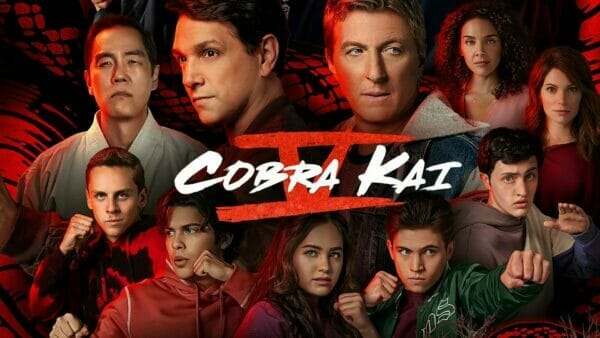 Pat Mullin and Mark Radulich present their Cobra Kai 2022 Season 5 Review! The fifth season of Cobra Kai was released to Netflix on September 9, 2022, and consisted of 10 episodes. The series is a direct sequel to the original four films in The Karate Kid franchise, focusing on the characters of Daniel LaRusso and Johnny Lawrence over 30 years after the original film. This is the third season to be released to Netflix.

The season has twelve starring roles, eleven of which returned from the previous season. Dallas Dupree Young was promoted to main cast after recurring in the previous season, and Gianni DeCenzo was demoted to a recurring cast member, being credited as a “special guest star”.

Check out more of our Cobra Kai reviews.