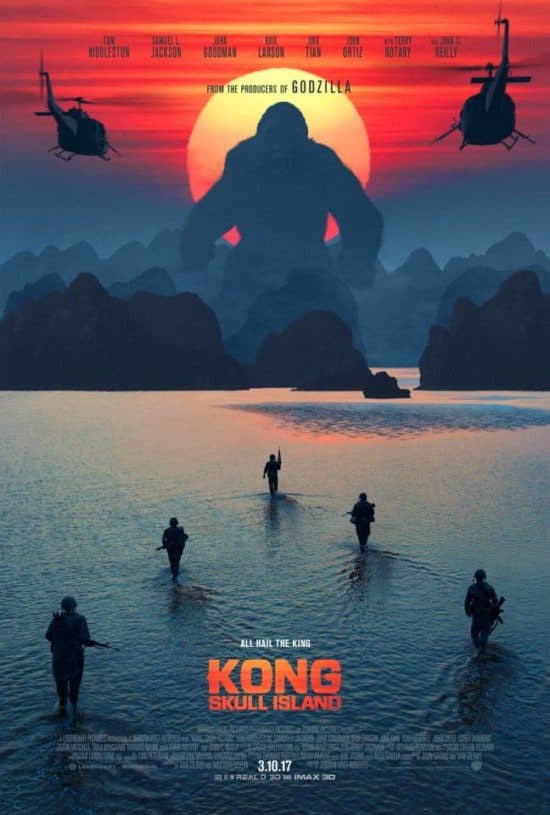 Robert Winfree and Mark Radulich hail the king of the MonsterVerse, King Kong. Kong: Skull Island is a 2017 American monster film directed by Jordan Vogt-Roberts and written by Dan Gilroy, Max Borenstein and Derek Connolly, from a story by John Gatins. The film is a reboot of the King Kong franchise and serves as the second film in Legendary’s MonsterVerse. It stars an ensemble cast consisting of Tom Hiddleston, Samuel L. Jackson, John Goodman, Brie Larson, and John C. Reilly. The film follows a team of scientists and Vietnam War soldiers who travel to an uncharted island in the Pacific and encounter terrifying creatures and the almighty Kong.