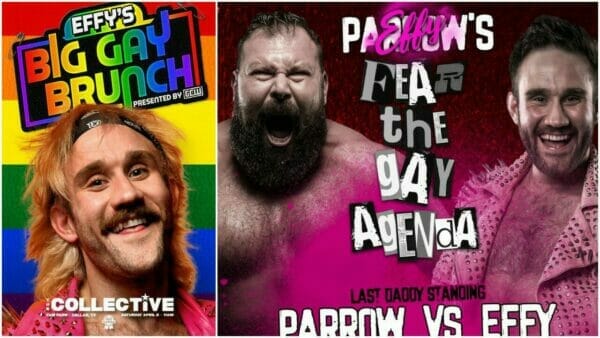 The Indysiders Harry Broadhurst and Mark Radulich are back again and this time they present their Effys Big Gay Brunch 2022/NPU Fear the Gay Agenda Review!

NPU Effy’s Fear The Gay Agenda was produced by No Peace Underground. It took place on June 11, 2021 at the Soundbar in Orlando, Florida. It was broadcast on independentwrestling.tv.

Grammarly Ad: 49:56
Amazon Music Ad: 1:16:40
For a 30 Day Free Trial of head to Amazon Music Unlimited. Make sure you complete the sign up process. And we also have a special offer for Grammarly.