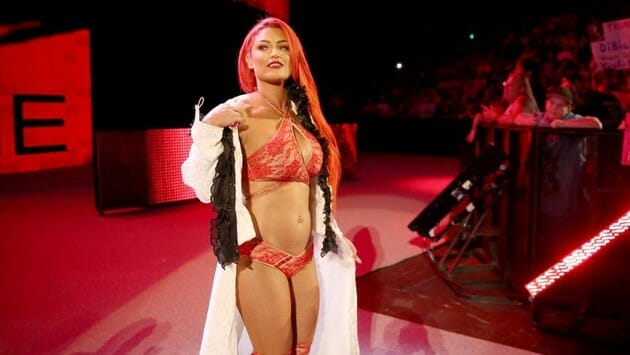 Yes, you read that right. Now is the time to push Eva Marie, and by push, I mean it’s time to go all out. What is the best part of an angle in wrestling these days? It’s an easy answer, and it’s having a heel that you absolutely hate with the fire of a thousand suns hold the championship. With the rumors floating around of Becky Lynch being out of the WWE No Mercy pay-per-view due to injury, the chances of Becky being stripped of the Smackdown Women’s Championship are high. WWE must hit the reset button once again.

In the wake of the injury and stripping of Becky, the playing field suddenly becomes wide open. With the entire division once again gunning for the championship. I say we should see another multi-woman match. However, this time, the Redvolutionary herself should weasel out a way to become the new Smackdown Women’s Champion. The heat she drew before her 30 day suspension was some of the best you could ask for. However, we live in an age where cheering for the heel seems to be the cool thing to do. We all know heels should be drawing heat. The best way to do that is by utilizing the ones the fans hate the most. The prime example from today currently being The Miz. After a character overhaul, The Miz has become one of the most hated people in the WWE currently.

We don’t need another Kevin Owens and his wrestling incarnation of an internet troll. We need someone we want to see get beat up scraping by through any dastardly deeds imaginable. Allow Eva Marie to walk away from her opponents to frustrate them and the fans. Have Eva Marie cut promos deeming her opponents unworthy. Let her get all the cheap roll ups, take all the shortcuts, and everything else in-between. The facts of wrestling show, the more she wins, and the longer she holds the belt, the heat steadily increases. Whenever the time comes for Eva Marie to drop the belt, anyone who beats her will end up beyond over, because the crowd’s elation will be through the roof.

By all means, hate Eva Marie, and this idea as a whole. Just remember, you’re supposed to. Whether you like it or not, Eva Marie’s Time is now.