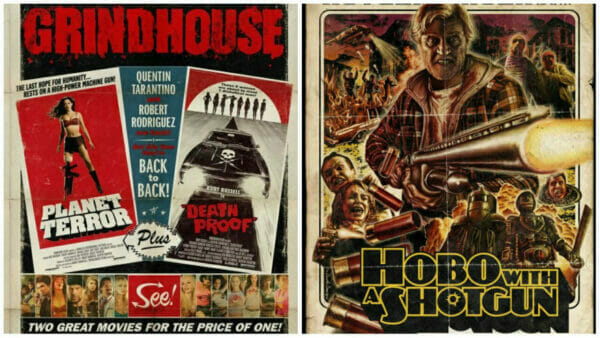 The sleaze-filled saga of an exploitation double feature. Grindhouse and Hobo with a Shotgun Review