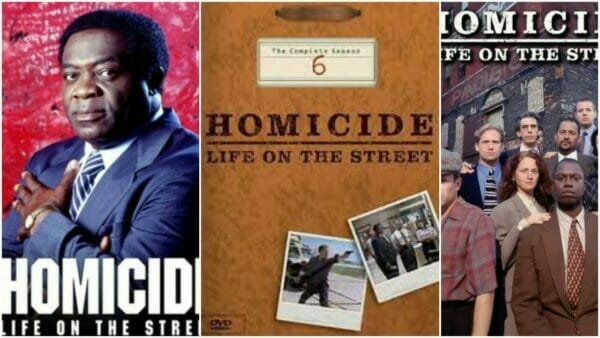 Jesse Starcher and Mark Radulich present their Homicide Life on the Street Season 6 Review! Homicide – Life on the Street is an American police drama television series chronicling the work of a fictional version of the Baltimore Police Department’s Homicide Unit. It ran for seven seasons (122 episodes) on NBC from January 31, 1993 to May 21, 1999, and was succeeded by Homicide: The Movie (2000), which served as the series finale. The series was created by Paul Attanasio and based on David Simon’s book Homicide: A Year on the Killing Streets (1991). Many of the characters and stories used throughout the show were based on events depicted in the book.

The sixth season of Homicide: Life on the Street aired in the United States on the NBC television network from October 17, 1997 to May 8, 1998 and contained 23 episodes.

Andre Braugher would go on to win the only Emmy and, in 1999, Golden Globe awards the series would ever receive.

From The Corner to The Deuce: The Great Works of David Simon Homicide Life on the Street Season 6 Review