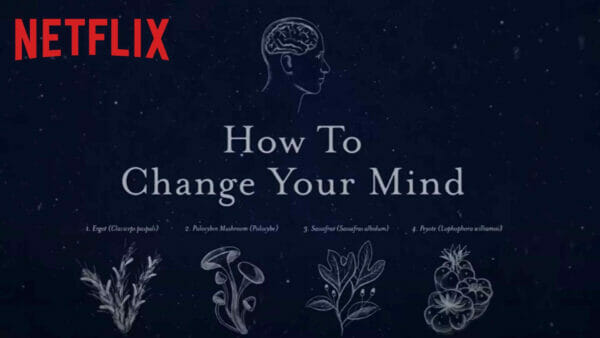 Adriana Wagner and Mark Radulich present their How to Change Your Mind Netflix Review. How to Change Your Mind, is a 2022 American docuseries based on the book of the same of the same name by Michael Pollan. It consists of four episodes, which were released on July 12, 2022, on Netflix and give insights into the psychedelic drugs LSD, psilocybin, MDMA and mescaline as well as their uses in psychedelic therapy. The series has been dubbed into Spanish, Hindi, Portuguese, French, Russian, German, Italian, Polish, Czech, and Hungarian.

Check out our other Michael Pollan reviews.

It showcases what psychedelics teaches people about consciousness, dying, addiction, depression and transcendence. How to Change Your Mind Netflix Review