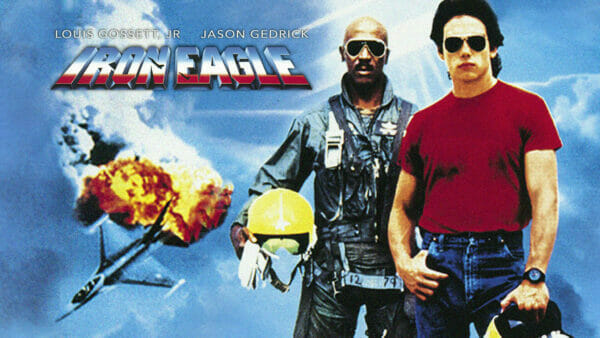 Iron Eagle is a 1986 military action film directed by Sidney J. Furie. It wa co-written by Kevin Alyn Elders. It stars Jason Gedrick and Louis Gossett Jr. While it received negative reviews, being unfavorably compared to the similarly-themed Top Gun released the same year, the film earned $24,159,872 at the U.S. box office. Iron Eagle was followed by three sequels: Iron Eagle II, Aces: Iron Eagle III, and Iron Eagle on the Attack, with Gossett being the only actor to appear in all four films.

The basis of the story relates to real life attacks by the United States against Libya over the Gulf of Sidra, in particular the 1981 Gulf of Sidra incident.