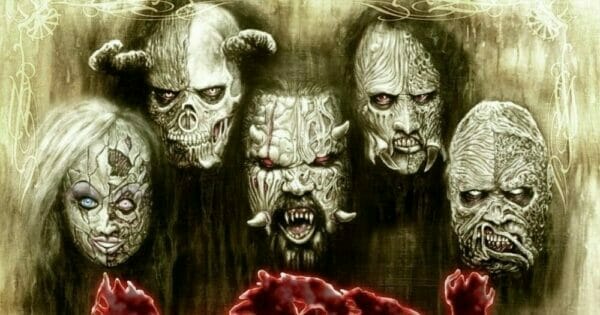 Monstereophonic (Theaterror vs. Demonarchy) is the eighth studio album by the Finnish hard rock band Lordi, that was released on 16 September 2016. While the first half of the album includes classic Lordi-style hard rock / heavy metal songs, the second half of the album, Demonarchy, is conceptual and includes 6 or more minute songs. The band announced that the members’ new costumes will be split in half, representing two sides of the album.

Check out other metal album reviews like Lordi: Killection, Lordi Sexorcism and Akercocke: Renaissance in Extremis!