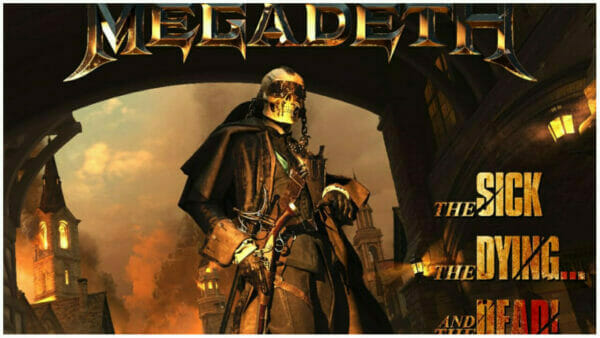 Jesse Starcher, Robert Cooper and Mark Radulich present their Megadeth The Sick The Dying and the Dead Review!

The Sick, the Dying… and the Dead! is the sixteenth studio album by American thrash metal band Megadeth , released on September 2, 2022, on frontman Dave Mustaine’s Tradecraft label via Universal. It is the first Megadeth album to feature drummer Dirk Verbeuren, the second Megadeth album to feature guitarist Kiko Loureiro, and their first studio album in six years since Dystopia (2016), marking the longest gap between two studio albums in the band’s career. In production for more than two years, the album was produced by Mustaine and Chris Rakestraw. During the album’s recording, founding bassist David Ellefson was dismissed from the band due to a sex scandal. His bass parts were removed from the album and were re-recorded by Testament bassist Steve Di Giorgio.

Check out our other Megadeth reviews.