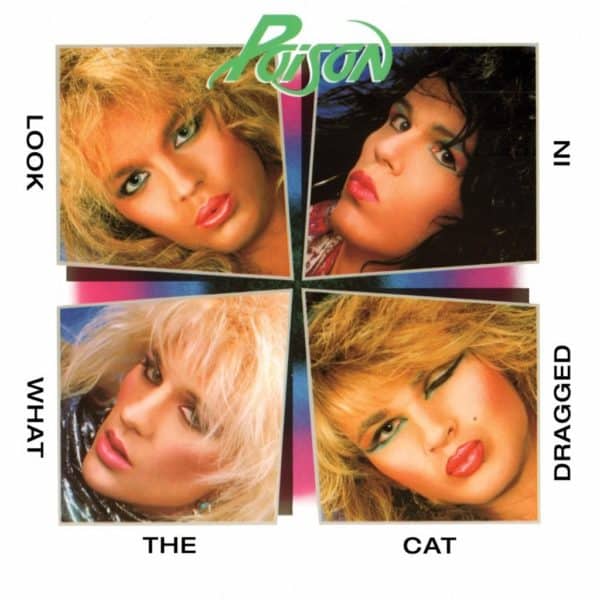 Our annual Thanksgiving show on Metal Hammer of Doom. Where Mark, Jessie and Robert review a turkey of an album!

Look What the Cat Dragged In is the debut studio album by American glam metal band Poison, released on August 2, 1986 through Enigma Records. Though not a success at first, it steadily built momentum and peaked at #3 on the US Billboard 200 on 23 May 1987.

The album spawned four singles, three of them charting successfully: “Talk Dirty to Me”, “I Want Action”, “I Won’t Forget You” and “Cry Tough”.[4] It serves as a prime example of the glam metal genre both musically and image-wise. The album ultimately has sold four million copies worldwide, one of their best-selling albums. Look What the Cat Dragged In was certified gold in 1987 and 3x multi-platinum in 1990 by the RIAA. It has also been certified silver by the BPI and platinum in Canada.

Described by Revolver Magazine as “oversexed, under-thought, and relentlessly fun”, the album’s style is often described as “glam metal” and was strongly influenced by East-Coast bands like Aerosmith and Kiss and It is a sound dominated by distorted power chords and catchy melodies. Reflecting a period before the band’s music began to take on the influence of Californian, Van Halen styled stadium rock, the album is characterized by more traditional heavy metal sounds.