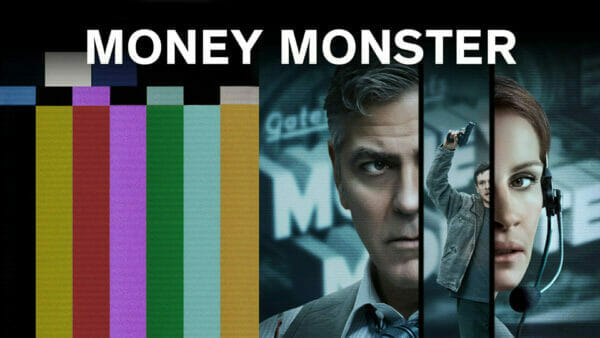 Money Monster is a 2016 American crime thriller film directed by Jodie Foster and written by Jamie Linden, Alan Di Fiore, and Jim Kouf. The film stars George Clooney (who also co-produced), Julia Roberts, Jack O’Connell, Dominic West, Caitríona Balfe, and Giancarlo Esposito. It follows financial television host Lee Gates and his producer Patty Fenn, who are put in an extreme situation when an irate investor takes them and their crew as hostage.

Money Monster had its world premiere at the 69th Cannes Film Festival on May 12, 2016 and was theatrically released in the United States on May 13, 2016, by Sony Pictures Releasing. Despite receiving mixed reviews from critics, the film was a box office success, grossing over $93 million.

Not every conspiracy is a theory. Money Monster 2016 Movie Review