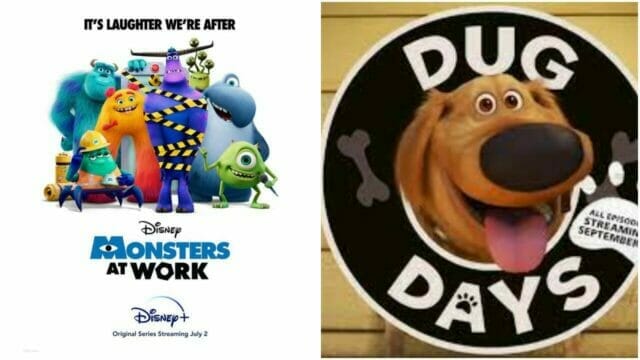 Then the pair move on to Dug Days! Dug Days is streaming series of computer-animated short films produced by Pixar for Disney+ streaming service. The series are a spin-off of 2009 film Up, being set after the events of the film, and following its characters, dog Dug, voiced by Bob Peterson and his owner, Carl Fredricksen, voiced by Ed Asner. It was created and directed by Bob Peterson, and produced by Peterson and Kim Collins. The series had premiered with its 5 episodes on 1 September 2021, on Disney+.

For more Pixar reviews check out Luca and Monsters University.